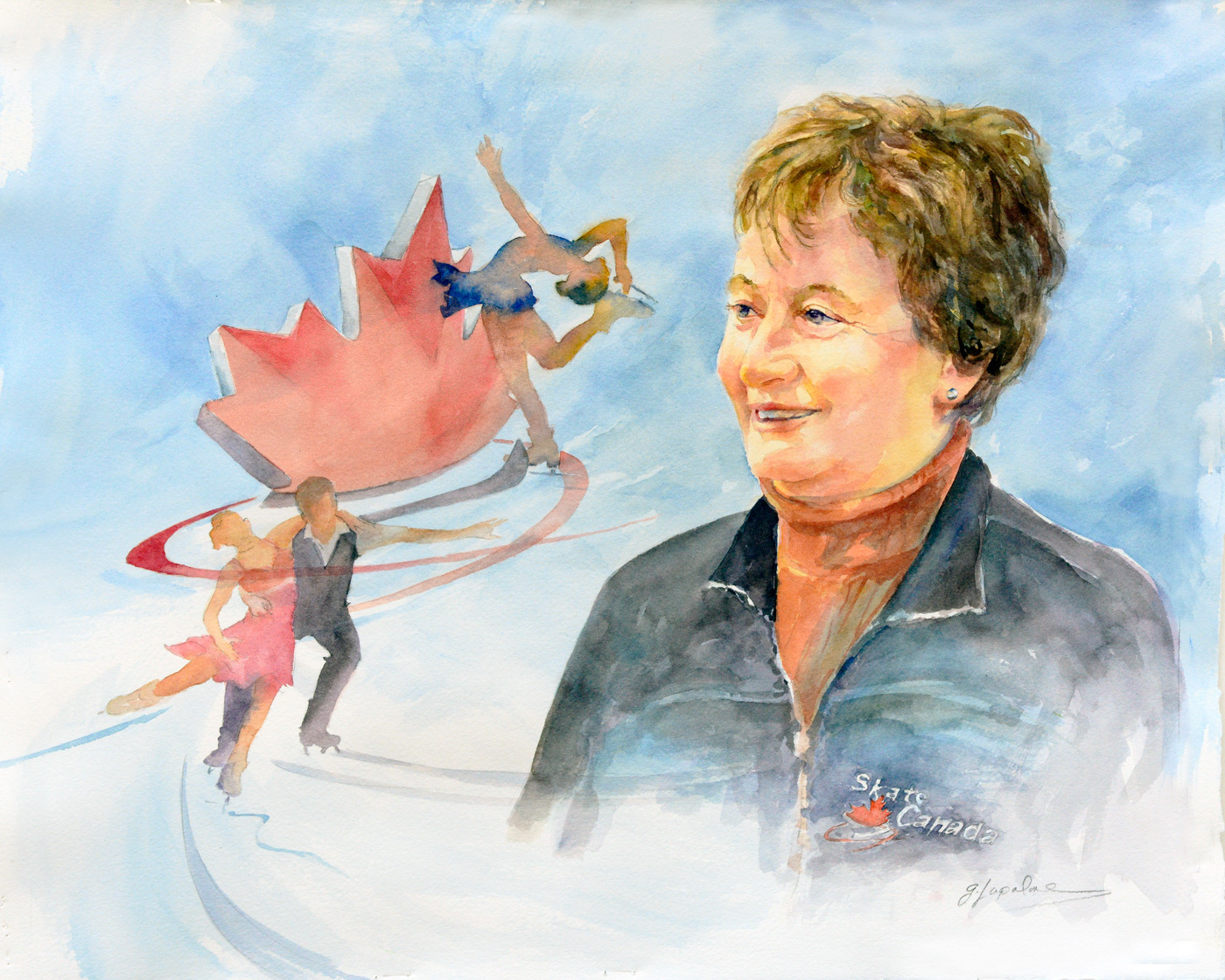 Susanne Morgan is an icon in the Local, Provincial and National figure skating communities. In 1976 Morgan began a 38 year relationship with the Barrie Figure Skating Club/Mariposa Winter Skating Clubs. She has held numerous positions including President, Vice President, Club Carnival organizer, interclub competition chair and various executive chair positions. Morgan was a Canadian Figure Skating Association/Skate Canada official from 1963 till present and was presented with her 50 year volunteer pin in 2013 at the Skate Canada Central Ontario awards gala. She has served on Skate Canada Central Ontario (COS) Board of Directors for over 30 years. She has held numerous positions including Vice President, President, Past President and various chair positions. From 1983-1988 Morgan was Technical Representative for Ontario interclub Competition and in 1984 received the National volunteer award of excellence. She was Skate Canada-Central Ontario President from 2006 until 2010 and was a member of the Skate Ontario and Skate Canada Board of Directors during her term as President. In 2009 she was Tech rep for COS Summer Skate, COS Sectionals and BMO Skate Canada East-West Challenge (national level).

In 2010 Morgan was tech rep for 2010 BMO Skate Canada Junior Nationals and 2010 BMO Canadian Figure Skating Championships in London Ontario. In 2010 she presented clinics for technical representatives in Quebec, Central and Northern Ontario. In 2011 she was Central Ontario Skate Canada Technical Vice President and Technical Representative – Canadian Skating Championships – Mississauga. Morgan is currently (2013-2014) Skating Program Coordinator for Skate Ontario and Vice President – Technical of the Central Ontario Board. In 1987 she was Assistant Team Manager – World Skating Team that toured the Maritimes and Ontario. Morgan’s volunteer contributions to skating have not gone unnoticed. In 2010 she was the Recipient of Skate Canada Official Award of Excellence at the Skate Canada Achievement Awards Gala. In April 2011 at the Ontario Sports Award Ceremony she was presented with the Syl Apps Award for outstanding volunteerism and in 2013 she received an award that has only been awarded 3 other times (Peter Hunt Award) for outstanding volunteerism by Central Ontario Section.

From 1989 – 2012 (23 years) Morgan co-chaired the Mariposa Charity Skating Gala that raised over 1.3 million for various projects in the City of Barrie including the RVH Rotary House.

She has been a long time member of the Barrie Sports Hall of Fame Executive and served as Treasurer up to 2013. Other notable local volunteer contributions include Fundraiser for Recre-Action to build the Allandale Recreation Centre, parent volunteer Warnica Public School, executive member of Stepping Stones Nursery School and Long time Barrie Triathlon volunteer. Morgan has been employed by the City of Barrie since 1988 and is currently the Client Services Supervisor at the Holly Community Centre.