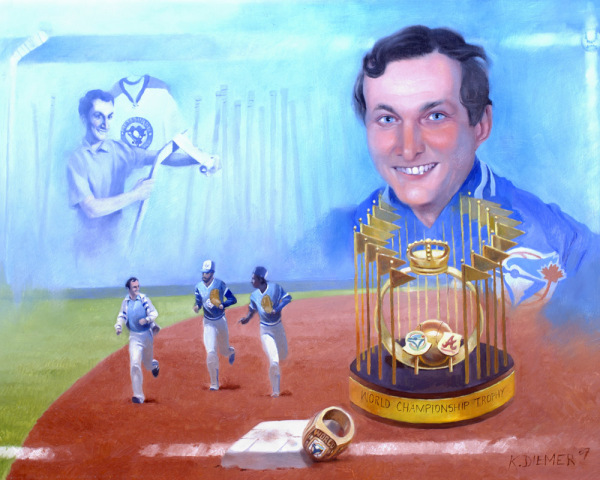 Kenneth Wayne Carson was born in Barrie where he attended local schools and was an avid hockey player. Ken spent a lot of time at the Barrie Rinks and the trainer of the Barrie Flyers at that time, Buddy LeRoux, took Ken under his wing where he began as stick boy for the team. This led to the role of Assistant Trainer under the tutelage of LeRoux and Hank Partridge.

When the Flyers moved to Niagara Falls in 1960, Ken was offered the job of Trainer, becoming the youngest trainer in the province at age 19. In 1965 he took the position of Trainer with the Rochester Americas of the AHL. After the NHL expansion in 1967, Ken moved on to the Pittsburgh Penguins. During his tenure with the Penguins, he introduced stretching exercises for injury prevention and wrote a book on warm-up exercises and diet for the team. Ken was selected as the trainer for the NHL’s western all-star squad in 1976.

After ten years with the Penguins, the Toronto Blue Jays approached Ken. Joining the Jays as their trainer began a relationship that lasted more than 30 years. Ken also took on the role of Team Travel Director. He became the Jay’s Director of Florida Operations and the General Manager of the Dunedin Blue Jays in 1986. Now a consultant with the Jays, Ken is writing a book that highlights his memories of all the great athletes he dealt with during his career.

Ken is the only person who has participated in All-Star games in two professional sports.