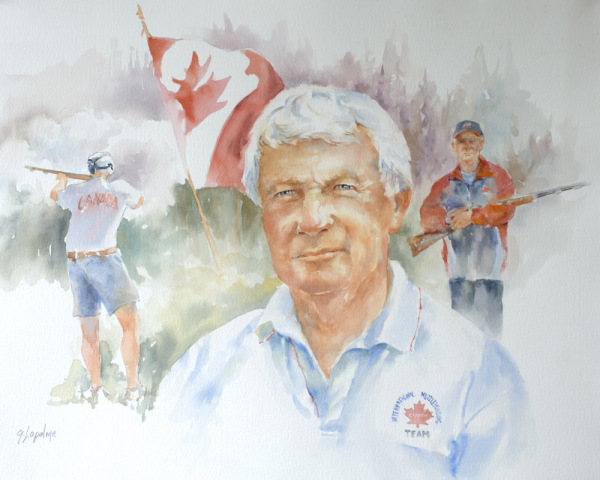 Carmen Arthur Redmond was born in Chesley in 1941. He moved to Barrie in 1967 and took up permanent residence on Ottaway Street two years later. He was an elementary school teacher for the Simcoe County Board of Education. He progress through the ranks and was Vice Principal and Principal at a number of Barrie schools. He is currently retired.

In 1998 Carmen began competing in muzzle loading trap shooting competitions. He won his first medal in the sport in 1999. Since then Carmen has competed in competitions worldwide. He has won gold in the Canadian Championships for the last four years. In the Pacific Zone championships, which include USA, Australia, New Zealand Japan, South Africa, North and South America, he has captured one gold and two silver medals.

He has qualified and competed in the World Championships for the last three years.

His automatic induction into the Barrie Hall of Fame is the result of capturing a bronze medal at the 22nd World Championships held in Bordeaux, France in 2006. These championships were attended by 417 competitors from 26 different countries.

Carmen is currently involved with coaching at the junior level of the sport in Barrie.