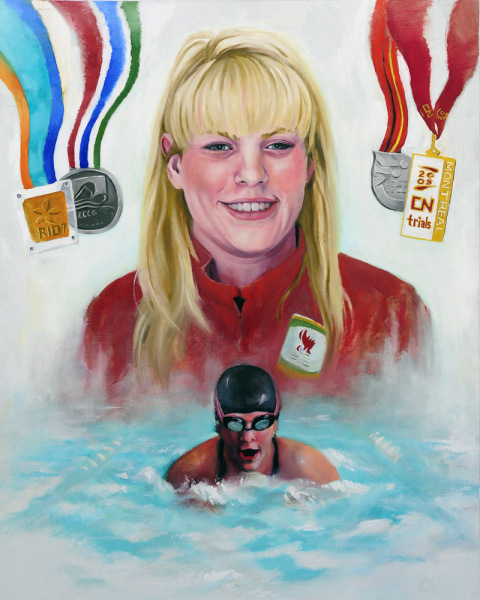 Brittany Gray, an 18-year-old Innisdale Secondary School student, is a member of the Barrie Trojan Swim club and the Canadian Swimmers With a Disability (SWAD) swim team. Gray was born with CMT, a form of Muscular Dystrophy. She took up swimming to help delay or reduce muscle deterioration. Swimming became a passion with Gray and she has been swimming competitively for six years under the coaching of Marta Belch.

In August of 2006 Gray attended the US & Canadian Trials for World Championships in San Antonio, TX. Her outstanding performance at this competition earned her a spot on the Canadian team that competed in the International Paralympic Committee’s (IPC) Swimming World Championships at Durban, South Africa, in August of 2006. Gray was very busy in this competition. She competed in the 100m butterfly, 100m freestyle, 100m backstroke, 100m breaststroke, 200m individual medley and the 4X100m freestyle relay. Her automatic induction into the Barrie Sports Hall of Fame is the result of the Silver medal that she and her team mates won in the 4X100m freestyle relay at this World event. Brittany has continued to impress the Paralympic community.

In April 2008, at Montreal, Gray accomplished a long time dream of qualifying for the 2008 Paralympic Games, being held in September following the 2008 Summer Olympics in Beijing. She’ll represent Canada along with 20 other swimmers. She qualified in the 100-m butterfly, 100m breaststroke, 100m freestyle, and the 200 and 400m freestyle. Her time of one minute, 30 seconds in the 100-metre breaststroke set a new national record.