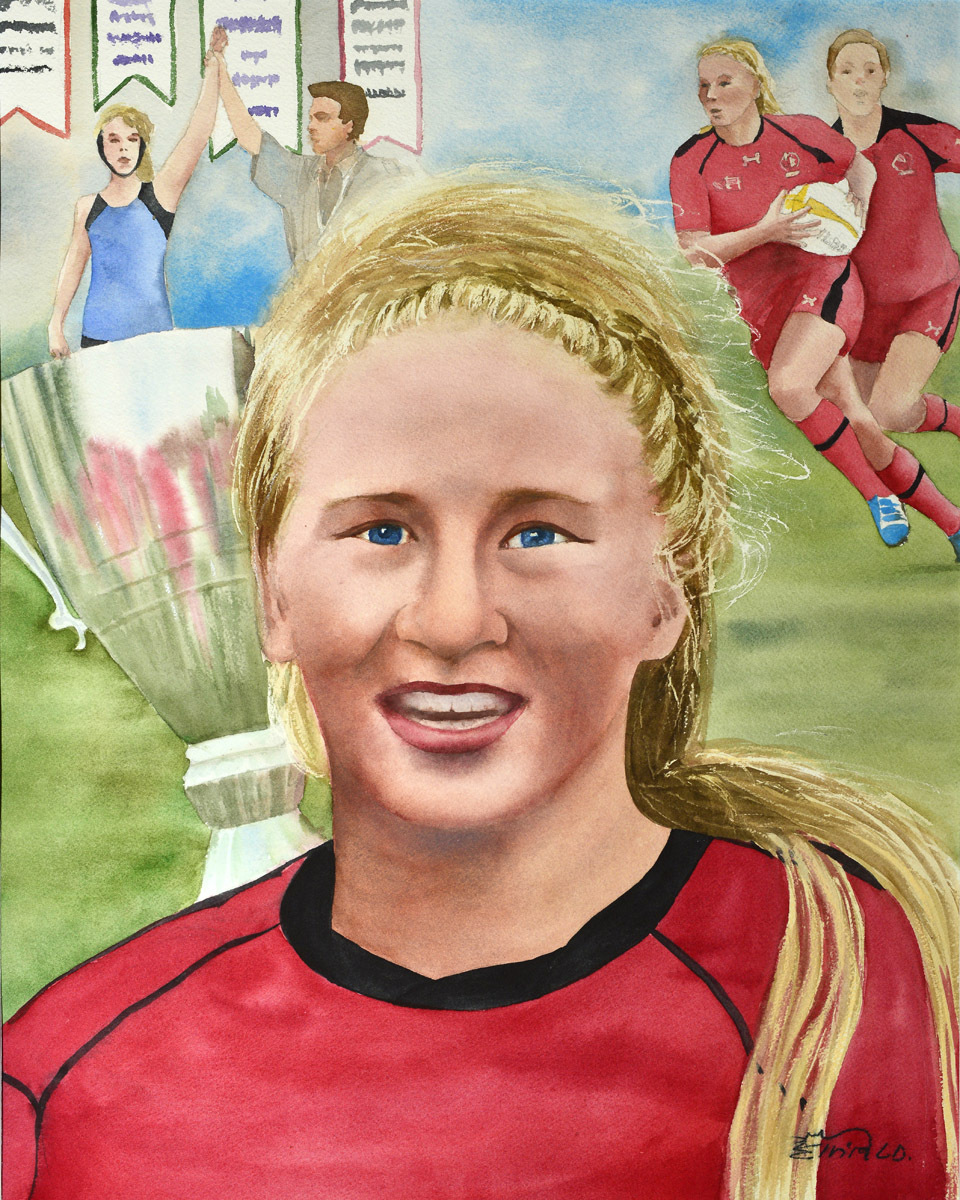 Emily Belchos is a local multi-sport athlete. While attending Barrie Central Collegiate she collected numerous Ontario Federation of School Athletic Associations (OFSAA) medals in rugby, wrestling and basketball. During this time she was also attracting attention playing with the powerful Markham Irish Canadian Rugby Club’s senior team. In 2012, she received an invitation to play with the senior U20 Ontario team. The team went on to win the Nationals in Quebec. Next, the Canada Rugby team called with a request for her to attend a training camp in British Columbia.

In 2013, she was part of Canada’s U20 team that capture the U20 Nations Cup in England. A try by Belchos helped her team defeat USA 27-3 in the final game. After the tournament she was selected as one of the ‘Five to Watch’ in the future. In November 2013, she was named to the CIBC Team Next. This sponsorship program helps the next generation of athletes realize their dreams.

In November 2013, Belchos was a member of the Canadian Maple Leafs women’s team that competed in the North American Caribbean Rugby Association NACRA 7’s in the Cayman Islands. The Canadian team went undefeated.

In June 2014, Belchos travelled with Canada’s women’s national team to a three-team tournament held in New Zealand, featuring games against Australia and the four-time defending World Champion Black Ferns. On July 31 2014, Canada’s Head Coach announced the starting roster for the 26 player 2014 national rugby team at the International Rugby Board (IRB) Women’s Rugby World Cup in Paris, France. Belchos name was on the list. Despite the fact that she was the youngest player on the team she competed in all the games to help her team capture a silver medal. The winning of a medal in a world cup competition qualified Belchos for Automatic induction into the Barrie Sports Hall of Fame.