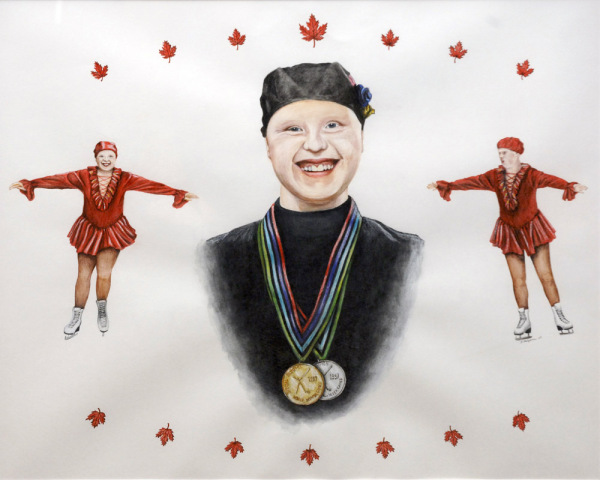 Rhonda Willison was born in Hamilton in 1980 and she and her family moved back to Barrie in 1982. Rhonda attended Allandale, Assikinack and Portage View elementary schools and spent her high school years at Innisdale.

When Rhonda was eight, she began her figure skating career training in the Thornton Arena with the Special Olympics coach Janet Collins. In the Special Olympics program Rhonda excelled as a skater. She was a Regional Champion from 1994 to 2000 and was a medalist in the Provincial Championships in 1995 and again in 1999.

Competing at the National Level, Rhonda was a two time Gold Medalist winning the Canadian Championships in Calgary in 1996 and in Ottawa in 2000. In 1997, Rhonda competed in the Special Olympic World Winter Games where she won gold and silver medals.

Rhonda currently speaks to students and skates at many area events. She threw out the season opening pitch for the Blue Jays, appeared on Terri Clark’s video “No Fear” and is a wonderful spokesperson for the Special Olympics.