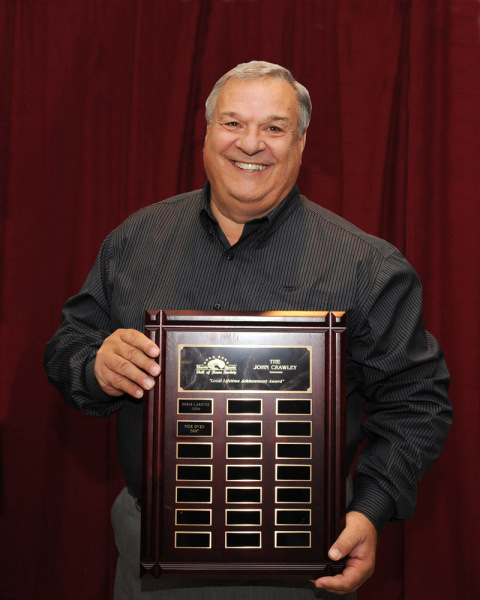 Owen is renowned for his coaching abilities. His Midget, Juvenile and Senior teams have won numerous league titles, were OBA finalists on five occasions, OBA champions three times and in the Canadian Championships twice. His 1985 Marauders Juvenile team were Canada Games gold medalists.  In latter years, he concentrated in the development of younger players, coaching for the Barrie Minor Baseball Association at the Mosquito, Peewee and Bantam levels 1994-98.

His coaching talents didn’t go unrecognized. In 1985 he was appointed to the coaching staff of the Canadian National Junior team. He ran OBA coaching clinics for seven years and junior level clinics for the Toronto Blue Jays from 1977 to 1979. He was the obvious choice as the first ever field manager for the Barrie Baycats, who began play in the Inter-County League in May, 2001.

Owen was also an active fastball and slow pitch player. In fastball he has played on five championship teams as well as winning two batting titles. Among his Slo-Pitch achievements are a pair of league championships, the 1990 Northern Ontario Championship, an Ontario Masters Intermediate Championship leading to the 1992 National Championships, where the team lost in the final.

Owen has also served as President of the Intermediate Fastball League, been on the executives of the South Simcoe Men’s League, Barrie and District Basketball Referees’ Board, Barrie Minor Baseball, York-Simcoe League, and the Barrie Men’s Slo-Pitch League. He was Barrie Director for Slo-Pitch Ontario, and was a Labatt’s Blue Slo-Pitch Advisor.