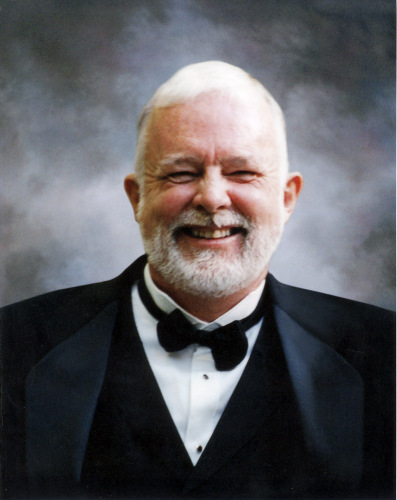 Jim Hamilton arrived in Barrie in 1968 to take on a teaching position at Eastview Secondary School. An avid rugby player he immediately became involved in high school rugby in 1969. He helped get the sport organized in the Simcoe County School area and lobbied the Ontario Federation of Schools Athletic Association (OFSSA) to sponsor a provincial rugby championship. The first OFSAA rugby championship was hosted by Hamilton’s school.

For almost three decades Hamilton would oversee three teams and about 100 rugby athletes each year in the Senior, Junior, and Midget levels. His teams won more than 30 Georgian Bay titles, one OFSAA gold medal, three OFSAAA sil¬ver medals and several bronze medals. He took teams on a tour of Wales and England in 1981 and 1987. In turn his teams hosted sides from Scotland, England, Wales and other provinces many times. In the early 1990’s Hamilton helped establish girl’s rugby in the Simcoe County School area.

His involvement with sport included more than just rugby. He spent about 15 years coaching high school basketball, working mainly with the younger age groups. During that time, he also organized an annual high school tournament. Hamilton’s basketball teams went to numerous Georgian Bay championships and won two titles. In addition to coaching he would also referee high school Basketball, Volleyball and Rugby. He would often referee three consecutive Rugby matches in a row.

Hamilton played rugby until the late 1980s. He helped establish the Barrie RFC Rugby Club. As a member and co-coach of the Barrie Rugby Club, he helped the team win a Toronto and District elite division championship in 1985, and went to the finals in two other seasons. He spent 15 years as a player and was team captain twice. He coached on a rotating basis for four years and served in several capacities on the club executive. Hamilton was also on the Recreation Advisory Committee of the Barrie Parks and Recreation Department and served as chairman of the OFSAA rugby board for 14 years.