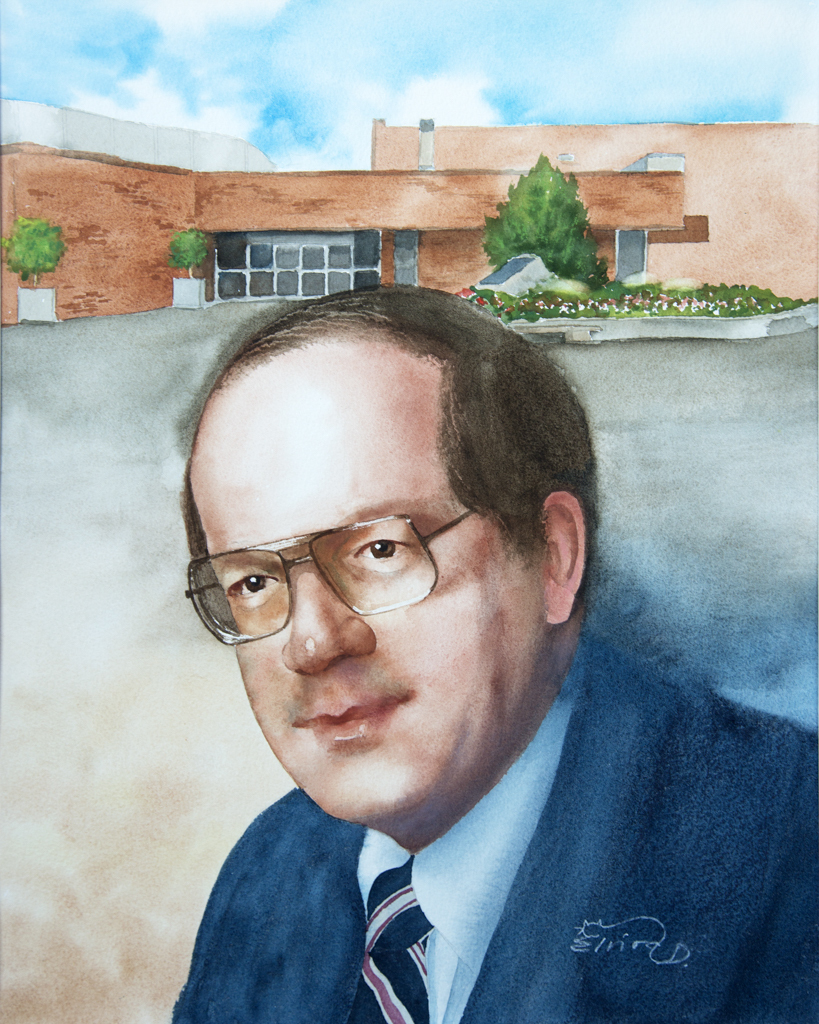 Sam Cancilla was a man with an extensive interest in the arts, music, history, municipal affairs and sports. As a teenager he played collegiate football and basketball, and recreational hockey. He refereed High School football games. When his children became members of the Barrie “Y” Neptunes he volunteered to act as an official at swim meets. Sam thought there was a need, in Barrie, for a more suitable competitive swimming pool. He organized a group in 1981 to develop a strategy to build a new recreation facility. His committee was expanded to include the Barrie Minor Hockey Association and the Barrie Figure Skating Club. A proposal was made to City Council, with the committee personally putting up $10,000 and a commitment to raise an additional $500,000. Council approved this proposal and RecreAction ‘82 was formed. Sam was the Chairman and the driving force of the campaign. Over the next 4 years, the group was able to raise almost a million dollars with the help of volunteers. This committee worked with the City and the architects in the design of the building. Sam discovered federal funding for buildings with wheelchair accessibility. At his insistence the building included ramps to the second floor, a therapeutic pool with an entry ramp, and two saunas in the dressing rooms. It became a model for future Barrie centres and recreation facilities across Canada. In 1985, the Allandale Recreation Centre was officially opened. Numerous athletes have used this facility to develop their skills to compete successfully at national and international competitions. The Barrie Sports Hall of Fame has already inducted figure skaters, swimmers and hockey players that benefited from the foresight of Sam’s RecreAction ’82 group.

Based on the dream of Archie Marshall, Sam proposed that the centre house a Barrie Sports Hall of Fame. In 1985 a constitution was adopted and the Barrie Sports Hall of Fame Society became a reality. Sam’s idea was to have portraits done for each inductee. These portraits would hang in the new Allandale Recreation Centre. Three artists were commissioned to paint portraits of the three 1985 inductees Hap Emms, Bobby Rosenfeld and Red Storey.

Sam served on City Council from 1985 to 1991. He always argued long and passionately. Some he lost, like tearing down the Dunlop Street Arena. Most often he won. He played important roles in developing the Southshore Community Centre, the creation of Tyndale Park, the building of a new bus terminal on Maple Street, the development of the 6.7 km bike/walking path around Kempenfelt Bay and bringing the Mariposa School of Skating to Barrie. Sam guided the creation of Victoria Village. From 1995 to 2003 he helped magically transformed the old RVH into the building you see today.

Sam received the Wes Alsop Memorial Trophy for his Outstanding Contribution to Minor Hockey in Barrie. He received the Queen’s Golden Jubilee Medal in 2002 in recognition of his outstanding contribution to the City of Barrie. In 2009 he was presented the Jean McCann Unsung Hero’s Award by the Barrie Sports Hall of Fame Society.