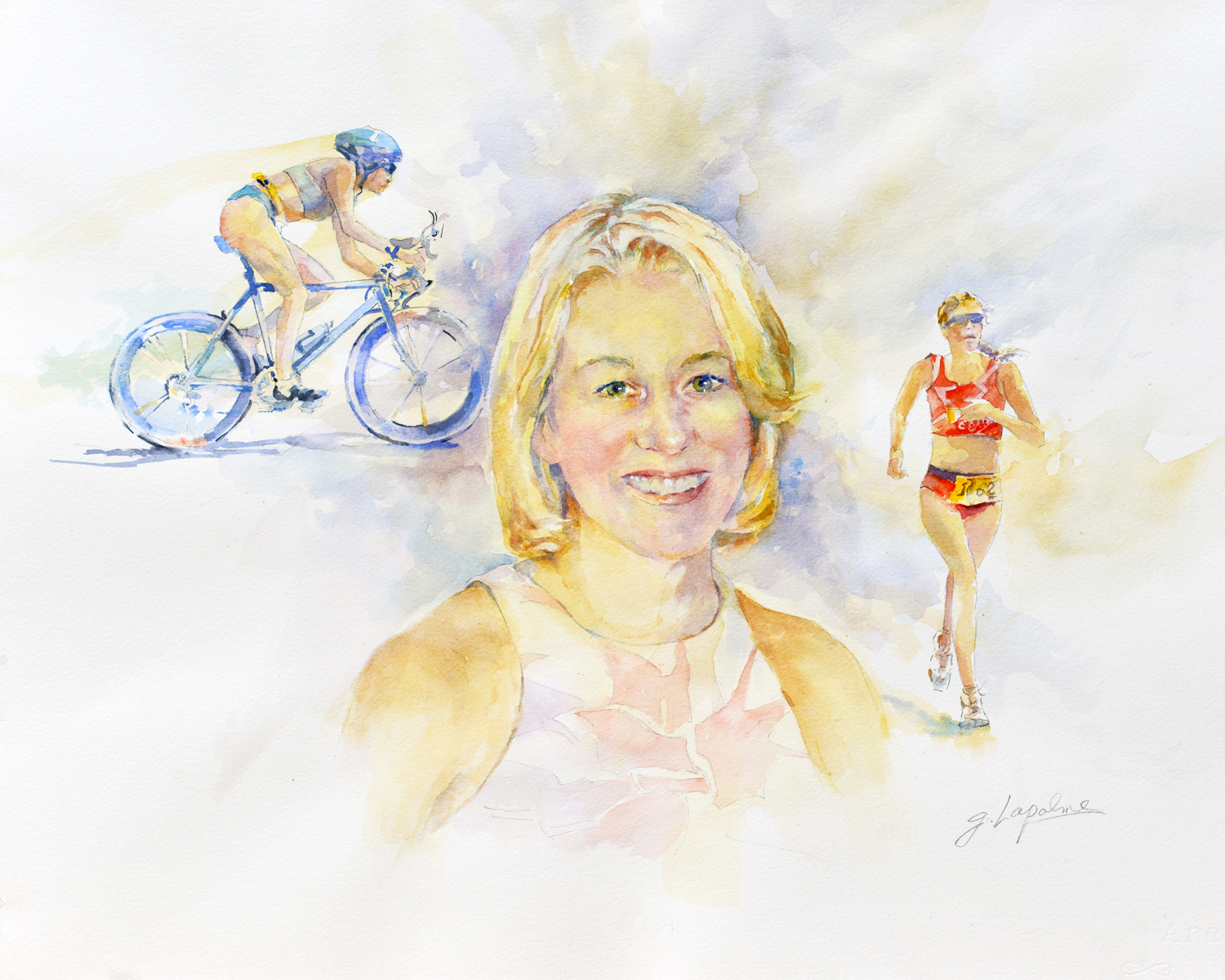 Tonya Rouse Hillenbrand was born in Barrie and began her track career at a very young age. It all started when she was 8 years old on the Cross Country team at Allandale Public School. She fell in love with the sport, winning numerous medals in both Track and Cross Country events. She joined the South Simcoe Dufferin Track and Field Club, earning medals at the local, provincial, national and international levels.

Throughout her young years, Tonya also participated in other sports such as soccer, gymnastics, skating, down hill and cross-country skiing. Tonya was also a member of the Barrie Trojan Swim Team for a number of years.

During her high school years, Tonya continued to run for Innisdale High School on both the Track and Cross Country teams. She was an OFSSA Midget champion in 1989 and won bronze and gold medals at OFSSA in Track. During this same time period, she continued to run with the SSD Track and Cross Country teams, winning many medals as both an individual and team member. After graduating from high school, Tonya was offered scholarships to various universities in the United States. For personal reasons she chose to stay close to home and continue her education at York University.

While at University, Tonya was a member of the Track, Cross Country and Swim teams. She continued to set records and win medals. In 1993-94, she was named an OWIAA All Star and Barrie’s Athlete of the Year in 1994. During this time, Tonya became involved in running triathlons / duathlons. Her first world Championship race was in Manchester England in 1993 followed by a trip to New Zealand to win bronze for the junior women’s team. In 1995 as a member of both the Canadian Triathlon / Duathlon teams in Mexico, she won the gold medal for women in the 20 to 24 years. Following, Tonya was named Duathlete of the year for Canada, by the National Governing Body of Duathlons. The following year, Tonya won a silver medal at the World Duathlon Championships in Italy. During this time and post university, Tonya continued to run in 5K and 10K road races, as well as half marathons on an individual basis, winning many medals along the way.

Tonya went on to a successful career in media, working for the New VR then Citytv & CP24 as a reporter / videographer. She hosted her own TV show called Perfect Fit. In keeping with her passion for sports, this was a health/fitness/nutrition/exercise based show. She went back to school to study nutrition, her new passion while working for Citytv. She just finished studying plant-based nutrition through Cornell University. Tonya and her husband Daniel have three children. Ages 4, 6 and 7. They currently live in Chicago Illinois.