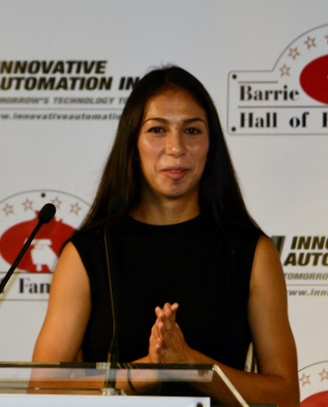 Victoria Pickett moved to Barrie when she was four years old and started playing house league soccer. She continued to develop her skills with the Barrie Soccer Club and St Pete’s Panthers. At the age of 15 years old, she made her entrance into the Canadian youth program. At the 2012 Confederation of North, Central America and Caribbean Association Football (CONCACAF), Women’s Under 17 Championships, in Guatemala, Pickett helped Canada win a silver medal. This allowed Canada to compete in the 2012 FIFA U-17 Women’s World Cup in Azerbaijan. She was also with Canada’s team that finished sixth at the 2014 FIFA U-20 Women’s World Cup in Canada.

Highlights of her 2015 season are: