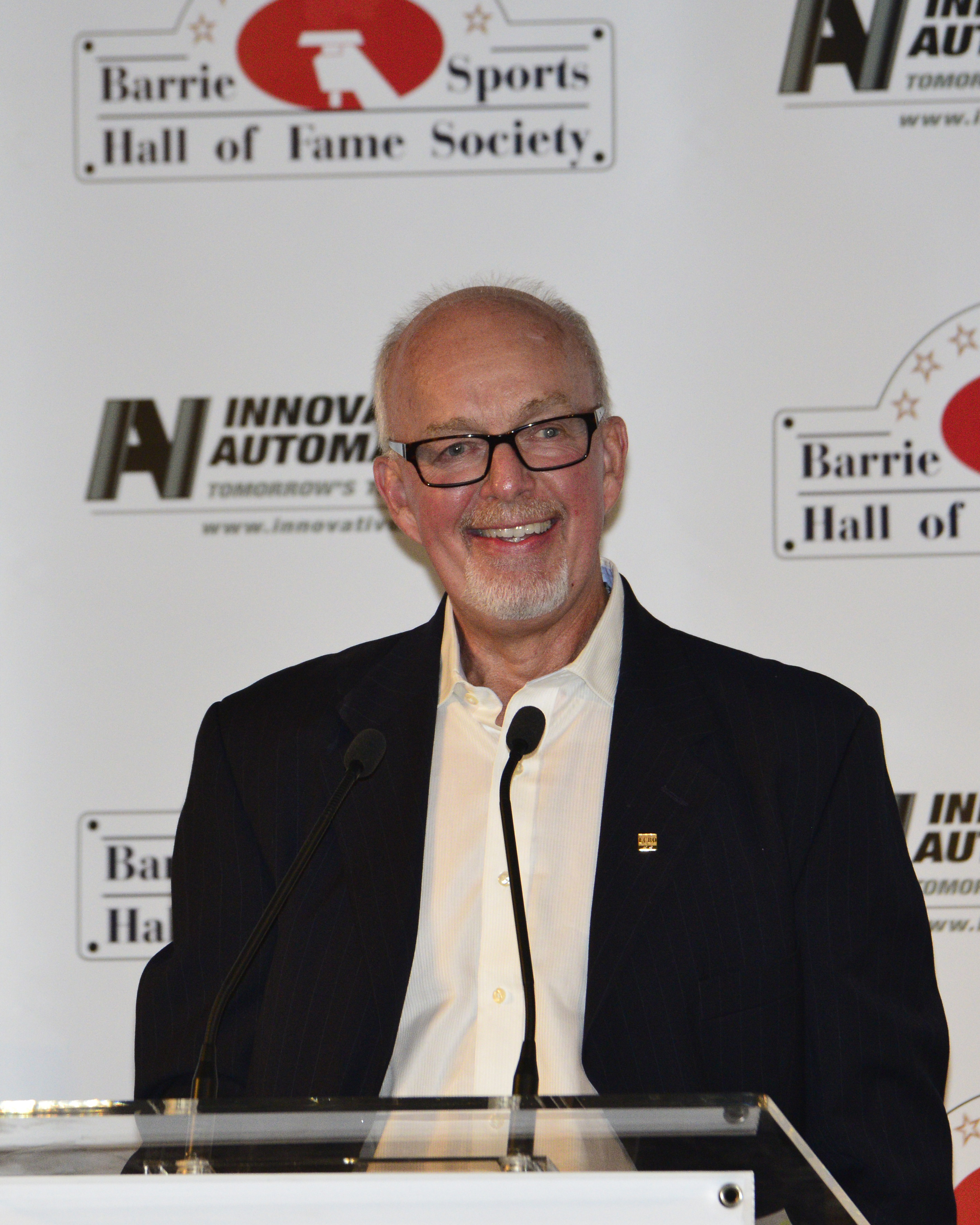 Mike Clark was born in Tillsonburg, Ontario in 1954 and relocated to Barrie in 1967. He has played pick-up hockey and is an avid golfer. He played for Bentorswell Construction and Starr Electric in the Barrie and District Intermediate Fastball League for approximately 15 years. He was also a member of the executive of this league for 7 years.

You may have never heard of Mike Clark. But if you have ever gone to a Barrie BayCats baseball game, you would immediately recognize Mike Clark’s voice. He has been the public address announcer for the Barrie BayCats at Coates Stadium since Day One. Mikes love of baseball lead him to put his name forward as a volunteer when the club was looking for volunteers in 2001. About two weeks before the start of the season, he was notified by the BayCats of an opening for a P.A. announcer and was asked if he was interested in performing these duties. Although he had no previous experience, he decided to give it a try. Clark said it was a lot of fumbling and stumbling at first, but the BayCats stuck with him and he now feels he does a pretty credible job. As an announcer, mistakes are pretty apparent to both the fans and the players. Clark remembers a time in the 2005 finals against Toronto where Dave Latour was at bat. Things were a little hectic in the press box at the time but Mike does not use this as an excuse. The umpire had just called strike two when Clarke called for the next batter to come up. A lot of people turned around and stared at him. As well there was a lot of hooting and hollering going on. Clark feels this was probably his most boneheaded call. Latour brushed it off as stuff happens.

Clark is also readily recognized at the stadium on game days because of the shirts he wears bearing the names of obscure players like Wilson Betemit and Brad Lincoln.

Mike has a game day ritual he goes through before every game. He shows up approximately an hour before game time. He talks to the players and management to get a feel for what is going on that day. He will go over the visiting teams’ line-up with the opposing manager, in order to ensure he knows how to properly pronounce the players names. He feels it is important to get that right.

Clark is now in his 16th season as announcer with the BayCats. While it is hard for him to pinpoint the best thing about this volunteer position, he feels it’s the full experience that brings him in. If he wasn’t volunteering at the game, odds are that he would still be there, only in a position as #1 fan.