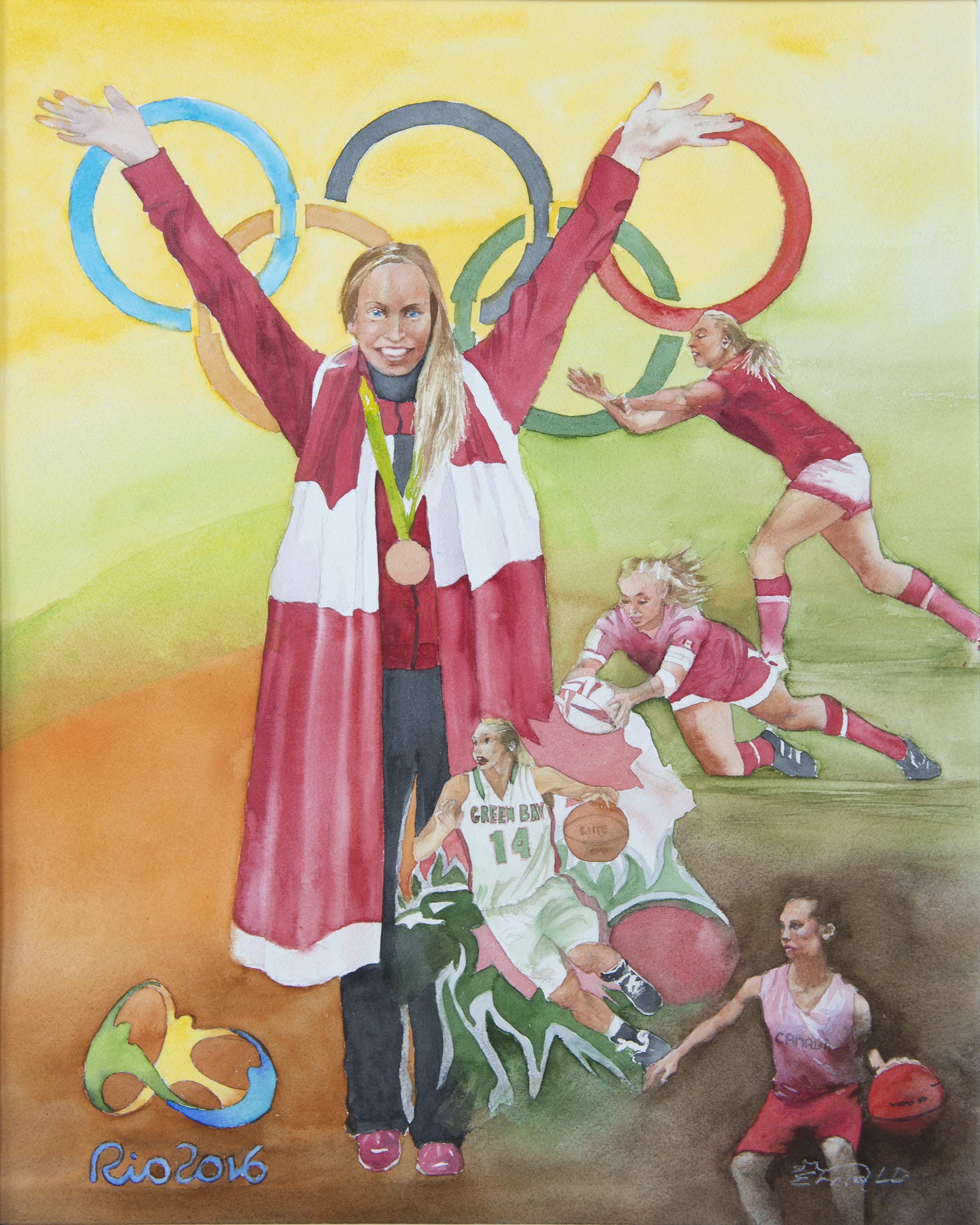 Megan Lukan was born in Toronto, lived in Curacao, Netherlands Antilles, for six years, and then returned to Canada in 2000 to settle in Barrie where she began her athletic career in playing many sports but excelling in Rep Basketball, at a young age of 9, with the Barrie Royals Basketball Club and Rugby with the Barrie Central High School Phoenix Team. The tradition that Barrie Central Girls Rugby team established was where Canada Rugby identified Megan as a potential Canadian Rugby Player. It wasn’t until the completion of Megan’s basketball career that she would step out on the field to represent Canada at the Rio de Janeiro Olympics.

Lukan’s many accolades in Basketball; Ontario Provincial player for three years, 2005 – 2008; winning a bronze medal at the 2009 Canada Games in PEI, Junior National Team and Senior National B Team, 2009 – 2012; winning a Bronze medal at the FIBA U18 Americas, in Chili; being named Miss Basketball Canada in 2010; and centralizing with Basketball Canada in Hamilton as part of the National Elite Development Academy in grade 11; had led her to a five year NCAA basketball athletic scholarship at the University of Wisconsin-Green Bay. Along with many individual awards and team successes, Megan played in 3 out of 4 NCAA division 1 tournaments accomplishing a second-round appearance.

Megan Lukan is a crossover athlete who after completing her final year of eligibility in basketball joined Rugby Canada Women’s Sevens in April of 2015. Lukan moved from Green Bay, WI to Victoria, BC where she began her Rugby training. She played for Canada’s Maple Leafs in Amsterdam and at the Central Coast Sevens. Lukan made her HSBC World Rugby Sevens Series debut for Canada in Dubai, December 2015. Gearing up for the 2016 Rio Olympics Lukan appeared in all five HSBC series events for Canada during the 2015-16 season, defeating Australia and completing the circuit with a Gold Medal finish at Clermont- Ferrand, France in May of 2016. In July of 2016 Megan Lukan was named to the Rugby Canada Olympic Squad and competed at the Rio de Janeiro 2016 Summer Olympics. Canada defeated Great Britain, winning the Bronze Medal at the inaugural tournament in Rio de Janiero.