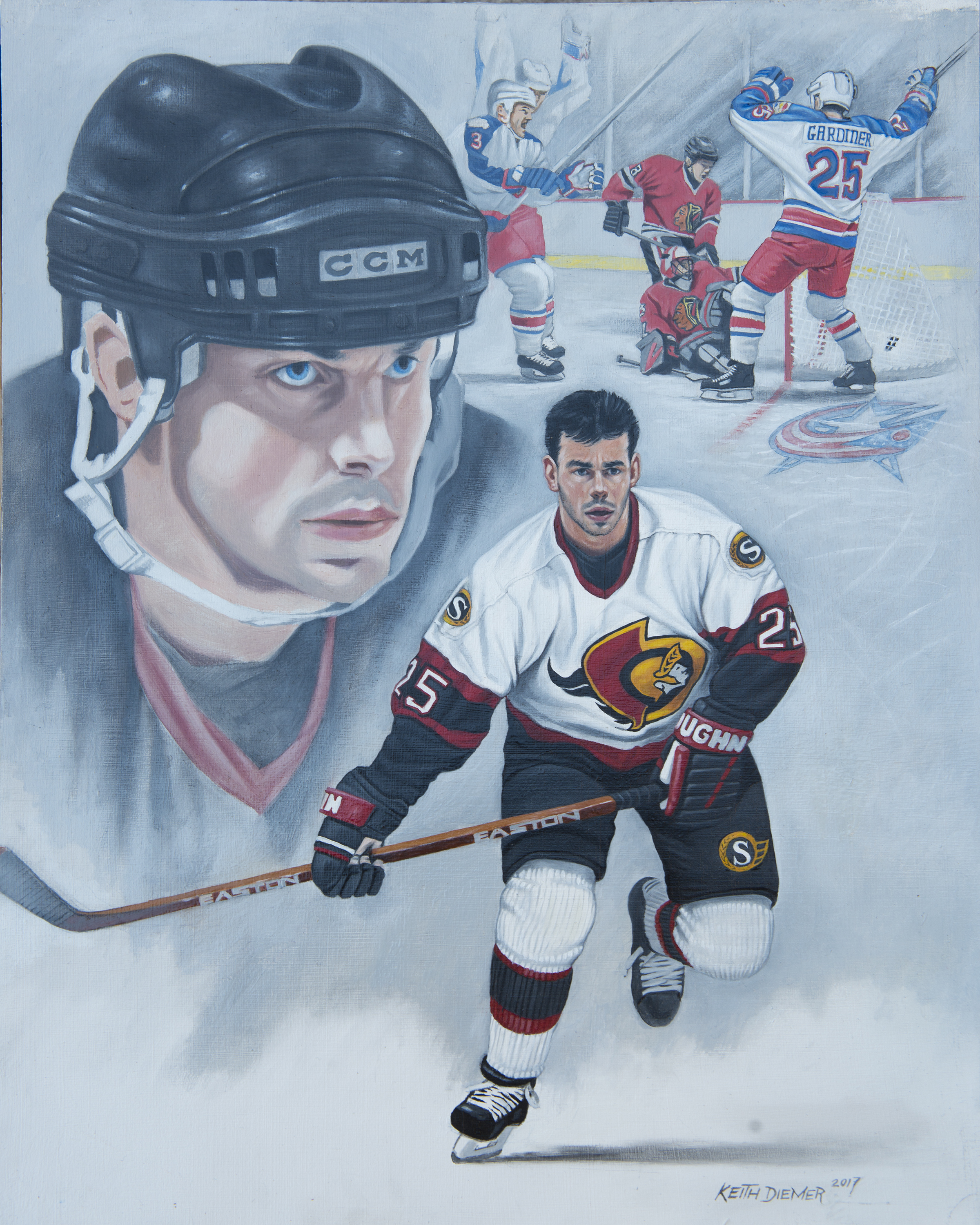 Bruce Gardiner came up through the Barrie Minor Hockey Association and played two years with the Barrie Colts, from 1988 to 1990, when the franchise played at the Junior B level. In 1990-91 Gardiner enrolled at Colgate University where he improved on his offensive numbers in each of his four years in the National Collegiate Athletic Association (NCAA). As a senior in 1994 he was named to the Eastern College Athletic Association (ECAC) Second All-Star Team. He was selected by the St. Louis Blues in the sixth round of the 1991 NHL Entry Draft, 131st overall.

Gardiner played his first professional game in the International Hockey League (IHL) with the Peoria Rivermen in 1993-94. He signed a free-agent pact with the Ottawa Senators, where he played two seasons in Prince Edward Island with the Senators farm team in the American Hockey League (AHL). In 1996-97 Gardiner got his first crack at the National Hockey League (NHL), appearing in 67 games for Ottawa. He responded with eleven goals and 21 points while playing in a defensive checking role for the team. He played another two and-a-half years in the Canadian capital before being traded to Tampa Bay in November, 1999. He played in 41 games with the Lightning but was then selected by the Columbus Blue Jackets in the 2000 Expansion Draft. He has the distinction of scoring the first goal in Columbus Blue Jackets’ franchise history. He played 73 games with the Blue Jackets in their first season but spent most of the 2001-02 campaign in the minors with the AHL’s Albany River Rats after being obtained by the New Jersey Devils. Gardiner was called up for seven games, throughout the course of the season, scoring two goals and an assist. His NHL totals are 312 games played, 34 goals and 54 assists for 88 points, and 263 PIM.

He left the NHL after the 2002 season and moved to the Russian Super League and then to Finland’s pro league SM-liiga. He returned to North America and played briefly for the Adirondack Frostbite of the United Hockey League before retiring in 2005. Gardiner returned to Barrie and took up a position with the Barrie Police Service.