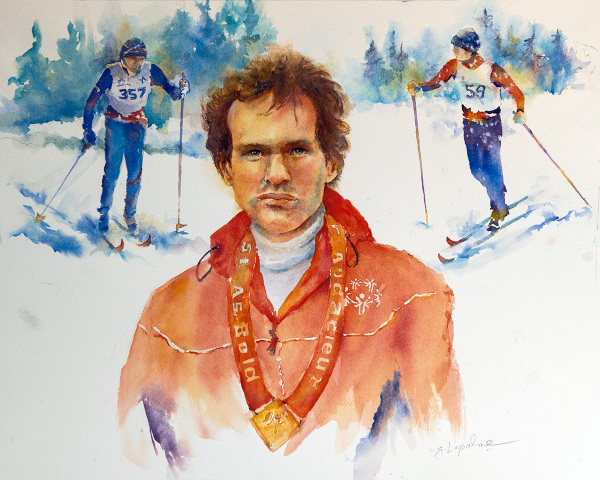 Philip Lock was born in 1982 and has been an active athlete in Special Olympics representing Barrie since 2004. He is a year-round athlete, focusing on Track and Field in the summer and Nordic Skiing in the winter. Philip is extremely dedicated to his athletic endeavours, focusing well on his training and goals, continuing to give his all to his training.

He has attended several Provincial Games (both summer and winter) with Special Olympics: 2005 and 2013 for track and field, and 2007, 2011, and 2015 for Nordic Skiing. Philip has earned several medals at the provincial level.

Philip has also attended several National Games in the Special Olympics program, again in both disciplines: 2014 for Track and Field in the summer games, and 2008, 2012, and 2016 for Nordic Skiing in the winter games. At the national Games level, Philip achieved several podium finishes.

In 2013, Philip was selected to Team Canada for the World Winter Games for Special Olympics in PyeongChang, South Korea. Here he raced to a silver medal finish in the 500 Meter Nordic Ski event.

Philip also received the Special Olympics Ontario Barrie Athlete of the Year award in 2012. The winning of a medal in a Special Olympics competition qualified Philip Lock for Automatic Induction into the Barrie Sports Hall of Fame.