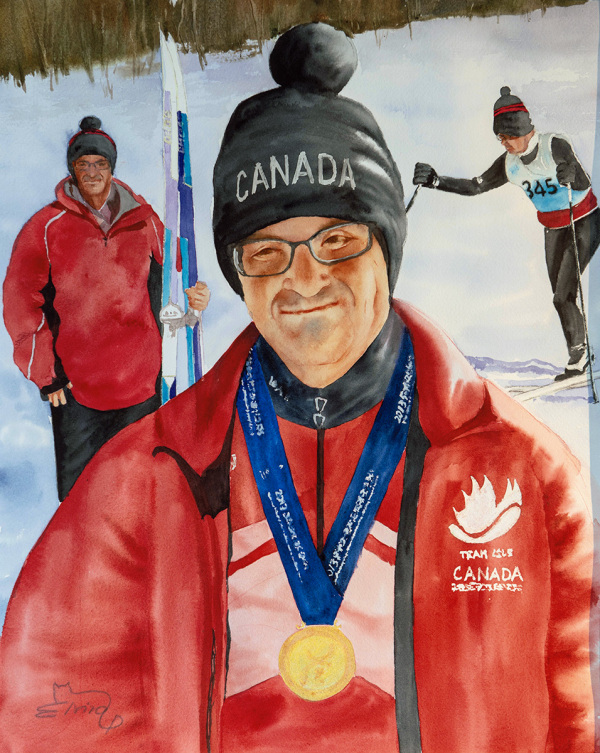 Ray Bolech was born in 1964. He has been involved with Special Olympics since 1996 and is actively involved in Track and Field as well as 5 Pin Bowling. He was also involved for approximately 10 years as a Nordic Skier. Raymond is a very dedicated athlete who gives 100% at every practice and race. He always sets high standards for himself in order to achieve his goals in the sporting world.

Due to his success at the Provincial level, Raymond advanced to the Special Olympics National Games in St. Albert as a member of Team Ontario in 2012.

In 2013, Raymond proudly represented Barrie as a member of Team Canada in Nordic Skiing at the Special Olympics World Winter Games in PyeongChang, South Korea. Here he won a gold medal in the 500 meter event. The winning of a medal in a Special Olympics competition qualified Raymond Bolech for Automatic Induction into the Barrie Sports Hall of Fame.