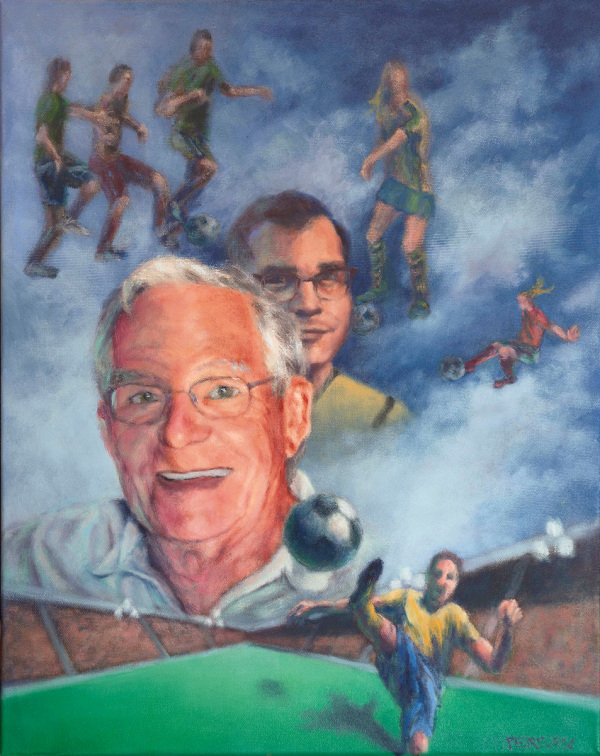 Henry Verstraten was born in Holland and emigrated to Canada in June of 1950 at the age of 15. Although burdened by deformities of his feet, Henry was involved as a soccer player as a child in Holland. In 1966, Verstraten was one of the founding members of the Optimist Club of Barrie and in 1968, was responsible for the Optimist Club‘s extension of its’ sporting program to include youth soccer. The first year, there were approximately 270 boys spread over 16 teams. This Barrie Optimist Youth Soccer program grew quickly and was eventually incorporated as the Barrie Minor Soccer Association in the 1980’s, and in 1997 changed to the Barrie Soccer Club. From 1966 into the 1980’s, Henry Verstraten alternated with Frank Bednarek as the perennial Presidents of the Soccer Association. During his adult life, until 1978, Henry coached, refereed and played soccer. As well Verstraten was credited, along with the Barrie Optimist Minor Soccer League, with a number of firsts in the soccer world. FIFA (the world governing soccer association) had heard of something called “Soccer on Ice” that had been developed by Henry and the BOMSL and they requested an account of this unheard of sport for the FIFA News for distribution around the world. Also girls were added to the youth Soccer Association. Although this was common in Northern Ontario, girls’ playing with and against boys was unheard of. In Barrie, this was happening.

In this their 50th anniversary Year, the Barrie Soccer Club simply would not exist as it does today had it not been for the commitment and vision of Henry Verstraten.