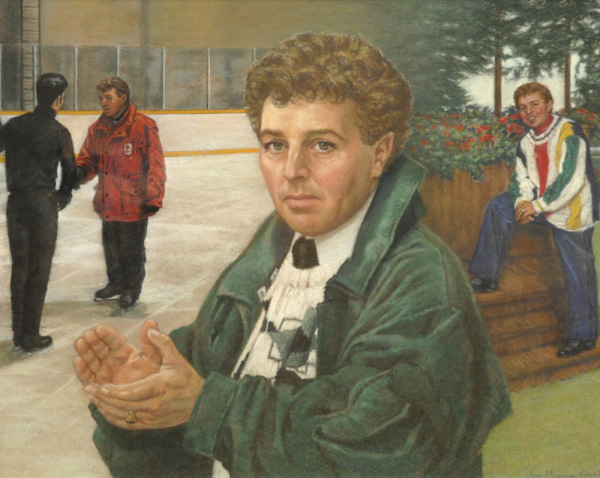 Doug Leigh is clearly recognized as Canada’s premier figure skating coach. For almost four decades, he has been turning potential into results. The Mariposa School of Skating founded by Leigh in 1973 and relocated to Barrie in 1988 has produced one brilliant skater after another. He has brought prestige to Barrie, not only through the quality of skaters who train at Mariposa, but also for the school’s innovative approach to combining education and world class athletics. Mariposa has served as the National Training Centre for the Canadian Men’s Figure Skating team. Leigh has produced more national and international champions than any other coach in Canada. He has coached skaters at 34 Consecutive Canadian Championships, 26 World Championships and six Olympic Games. Canadian skaters Jeff Langdon, Brian Orser, Jennifer Robinson, Jeffrey Buttle, Elvis Stojko, Great Britain’s Steven Cousins and Japan’s Takeshi Honda are just a few of the many incredible skaters developed by Doug Leigh and the Mariposa school. Both Orser and Stojko were Olympic Silver Medalists and World Champions.

In 1996, Leigh was honoured as both the Ontario and the Canadian Coach-of-the-Year. He was inducted into the Figure Skating Hall of Fame in 1998. Doug’s commitment to excellence through high performance has earned him an international reputation as a builder of champions. As a sought after skating authority, Leigh conducts a number of coach/skater seminars throughout the world, including his own renowned seminar at Mariposa. In addition to being a frequent speaker on the subjects of motivation and the pursuit of excellence, Leigh speaks often at schools, clubs and charities.

He has spearheaded the annu¬al Mariposa Charity Gala, which has raised tens of thousands of dollars for various local charities, including Royal Victoria Hospital and cancer research. Doug Leigh has brought prestige to Barrie not only for the quality of skaters who train here but for his innovative approach to combining education and world class athletes. Locally Leigh has been awarded the Rotary Club’s Paul Harris Fellowship Award and Simcoe County District School Board’s Excellence in Education Award. Nationally he has received nine Coaching Association of Canada Awards and In 2008 he was presented with the prestigious Geoff Gowan Award for lifetime contribution to coaching in Canada.

Leigh lives in Barrie, and was elected to the Barrie Sports Hall of Fame in 1998.