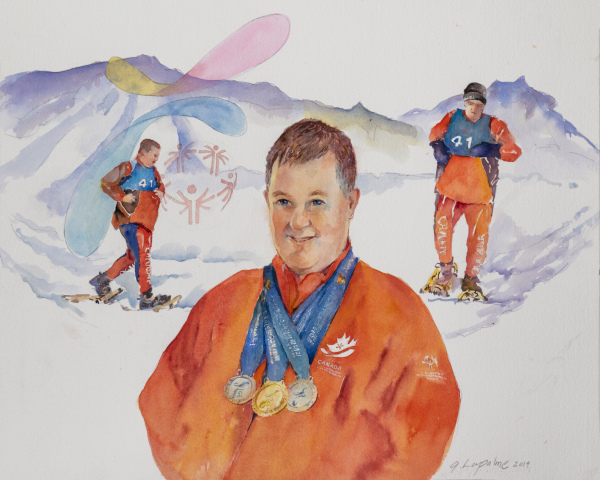 Jeff has been an active athlete with Special Olympics since 1997 and advanced to the provincial level in snowshoe racing, track and field, bowling, and soccer earning medals in each event.

He was a member of Team Ontario in 2008 and 2012 at the National games in the sport of snowshoe racing with podium finishes in a variety of distances.

In 2013 Jeff was selected to represent Canada in the Special Olympic World Winter Games in Pyeong Chang South Korea in the event of snowshoeing. Here he medalled in three events, winning silver in both the 4×100 meter relay and the 100 meter race, as well as gold in the 200 meter race. The winning of a medal in a Special Olympics competition qualified Jeffrey Pike for Automatic Induction into the Barrie Sports Hall of Fame.

Jeff has been honoured for his dedication to his athletic abilities and training with the Dale Campbell Memorial Award for sportsmanship in 2006 and the SOO Barrie Athlete of the Year in 2013.