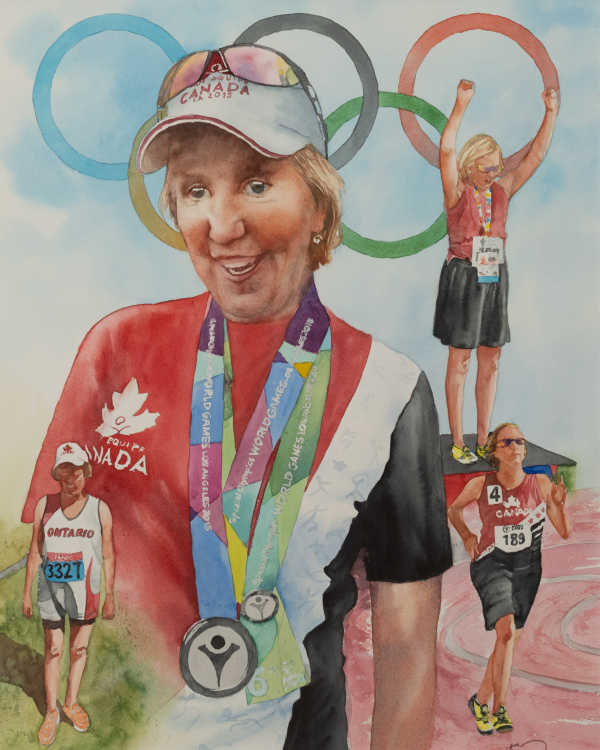 Catherine Smith was born in Barrie in 1963 and has been involved in the Special Olympics program since 1996. She is a year-round athlete who participates in 5 pin bowling, track, snowshoeing and Nordic skiing. Cathy has attended Provincial Games as a Nordic skier as well as representing Barrie in 2013 at the York Region Special Olympic Games as a track athlete.

As a member of Team Ontario in 2004, Cathy competed as a Nordic Skier in P.E.I. In 2014, she represented Team Ontario at the Special Olympics National Games in Vancouver in track. Cathy also earned the right to represent Team Canada at the World Games in Los Angeles in 2015. She competed in track, winning a silver medal in the 4×100 meter race as well as a gold medal in the 200-meter race. As a member of Team Canada, Cathy was very dedicated to her training regimen. She always gives 100% not only at competition but in training as well. The winning of a medal in a Special Olympics competition qualified Catherine Smith for Automatic Induction into the Barrie Sports Hall of Fame.

Catherine Smith was also recognized as Special Olympics Barrie Female Athlete of the year in 2007.