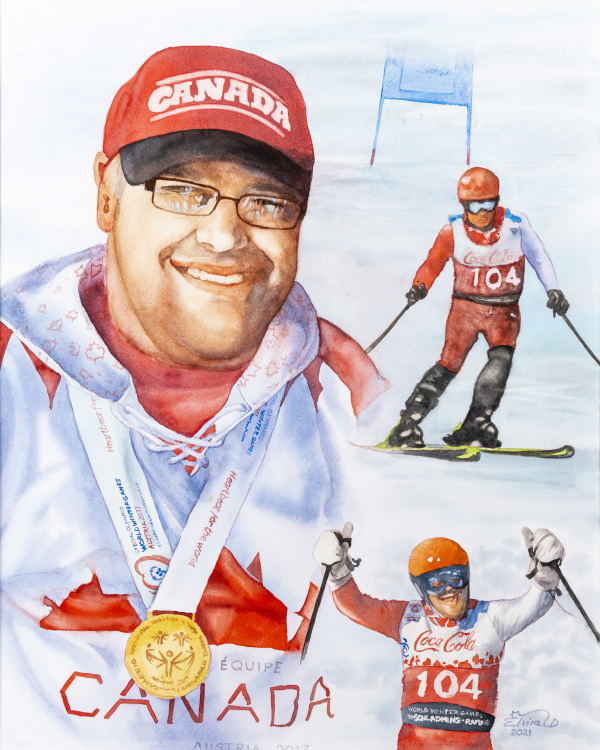 As a member of Team Ontario, Mike advanced to the Special Olympics National Games in both 2004 and 2016. He had several podia finishes in the various events in which he was entered. Mike earned the right to represent Team Canada at the Special Olympic World Games in Austria in 2017. He won a Gold medal for his performance in the Giant Slalom Alpine Ski event. Mike was always committed to training for sports and worked extremely hard to meet expectations. The winning of a medal in a Special Olympics World Games qualified Mike Wimbs for Automatic Induction into the Barrie Sports Hall of Fame.

Mike Wimbs was recognized in 2017 as a recipient of the Governor John Graves Simcoe Award. He has become a leader with Special Olympics, being a mentor in the Athletic Leadership program, as well as an ambassador for Special Olympics as a public speaker.