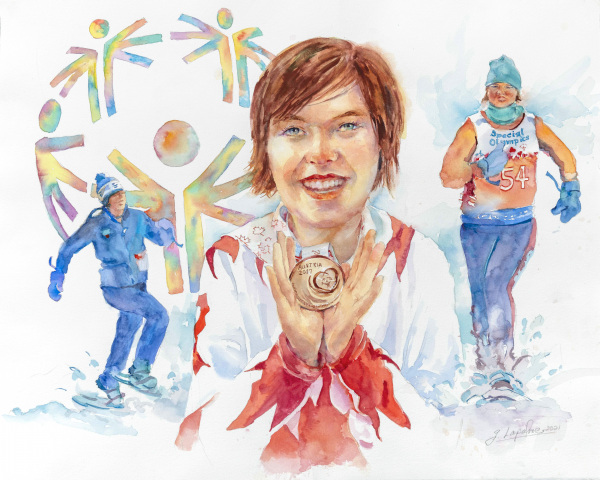 Jade Irvine joined Special Olympics Barrie in 2013. She is a multi-sport athlete, competing in snowshoeing, swimming, soccer, track and 5 pin bowling. Jade has competed in Provincial Games for Special Olympics in both North Bay (where she medaled in every event she entered) and in Peel Region.

As a member of Team Ontario, Jade competed at the Special Olympics National Games in Newfoundland. She also earned the right to represent Team Canada at the Special Olympics World Games in Austria in 2017. She competed in the 100-meter and 200-meter snowshoe races, as well as the 4×100 meter relay where she won a silver medal. Jade is a very dedicated athlete who was very committed to a rigorous training schedule required to compete in the World Games. The winning of a medal in a Special Olympics World competition qualified Jade Irvine for Automatic Induction into the Barrie Sports Hall of Fame.

Jade Irvine was also recognized as a recipient of the Governor John Graves Simcoe Award in 2017.