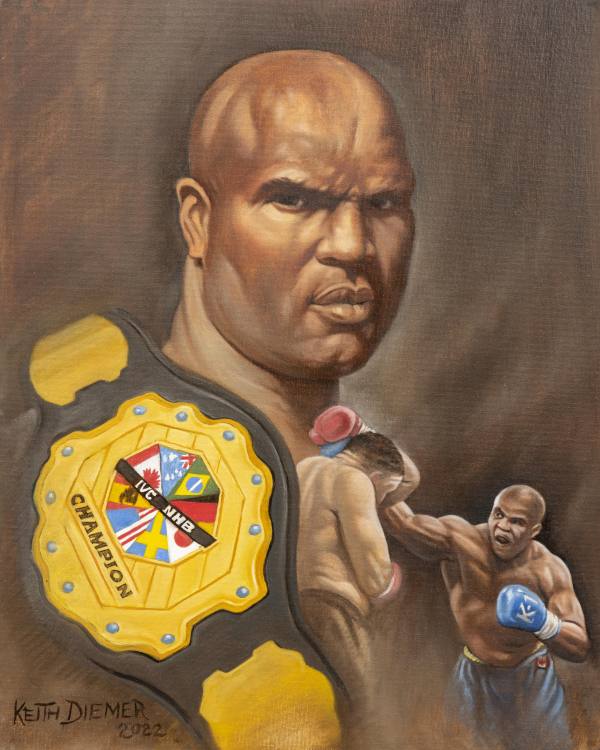 Gary Goodridge was born in Trinidad and Tobago in 1966 before relocating to Barrie in 1973. While in high school at Eastview S.S., he was involved in both Rugby and Football. At the age of 14, Goodridge began weightlifting and participated in some local armwrestling matches. At 18 years of age, he won the Canadian Arm-Wrestling Championship. By the time his arm-wrestling career had ended Goodridge had won 14 Canadian titles and 11 World titles. In 1994, he armwrestled 1000 men in Japan, beating them all in a total time of 1 hour and 15 minutes. In the late 80’s and early 90’s, Goodridge began his boxing career after training with local boxing coach Norm Bell. By 1993, he had become the Canadian National Amateur Heavyweight Boxing Champion. In 1994 he became a member of the Canadian Olympic Boxing Team. In 1996, fighting out of Barrie, Ontario, representing Team Go-Riki, standing 6ft. 3in. tall and weighing 249 pounds, Gary “Big Daddy” Goodridge began his Mixed Marshall Arts ( MMA) career.

In 1996, he became UFC8 Runner Up, UFC10 Semi-Finalist, and an Ultimate Quarter Finalist. In 1997 he became the IVC World Champion. In 2000, he was a Pride Grand Prix Quarter Finalist. During his 14-year career in MMA, Goodridge was also involved as a professional kick boxer, becoming the 2005 K-1 Hawaii Champion, the 2005 K-1 Vegas Runner Up as well as the 2006 K-1 Vegas Runner Up. After retiring in 2010, Goodridge has since authored a book entitled “The Gatekeeper”, outlining his life as a professional fighter and his personal life around this. He has been diagnosed with Dementia Pugilistica and is believed to be suffering from Chronic Traumatic Encephalopathy (CTE), a result of numerous blows to the head during his fighting career. He attends Barrie’s Brain Injury Clinic for therapy to assist him with his brain injuries.

Despite these health problems, Gary Goodridge gives back to the community by speaking at public events promoting Safe Sports, as well as doing Anti-Bullying presentations to various groups.