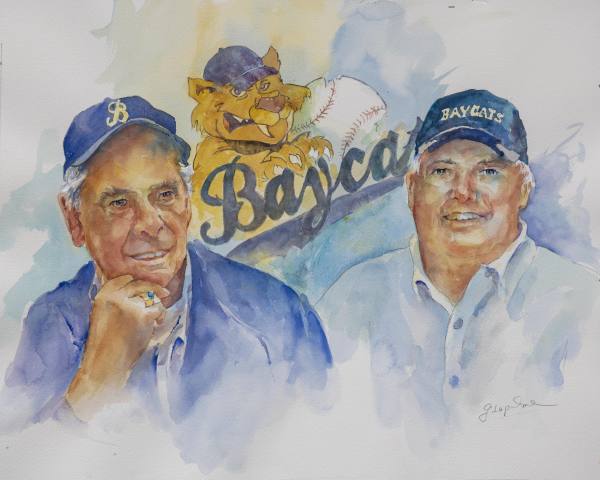 Dave Mills and Paul Marley have both been actively involved with the Barrie Baycats since the teams’ inception over 20 years ago. Dave Mills served as President and Paul Marley as VP. In 1999, the Intercounty Baseball League (IBL) was approached concerning bringing a baseball team to Barrie. This was accepted by the League with the intent that the team would begin operating in 2001. That allowed the team the necessary time to put their ownership team together, as well as locate and develop a place to play. The city of Barrie started negotiating to buy property in the Midhurst/Nursery area. This area was chosen as there was enough space there to build a ball field. In October 2000, the as yet unnamed baseball team experienced an unexpected roadblock. The approved owner and expected builder of the stadium went bankrupt.

It was then that Dave Mills acted. He approached Gary Inskeep to see if he would have an interest in coming on board as the new owner. Once Inskeep was on board, Mills contacted another Barrie businessman, Alfred Hambsch, owner of Barrie Metals, to see if he had any interest in becoming involved. Although Hambsch knew little about baseball, he agreed to join in and provided the necessary capital to build the stadium. At this point, Paul Marley came on board and, through his contacts, was able to acquire the supplies, as well as the necessary contractors, to get to work on building the stadium. It is a true testament to the talents of both Dave Mills and Paul Marley that they were able to begin the construction of the stadium in March 2001 and have it completed in time to begin play in May of the same year. Marley and Mills also managed to find a manager (Nick Owen), run an ad in the local newspaper to determine a name for the team, put together a volunteer base and some sponsorships.

On May 12th 2001, the Barrie Baycats were born. Under the leadership of both Mills and Marley, the Baycats have become a large part of the Barrie sporting scene. They are one of the most successful franchises in the IBL history, having won 7 IBL Championships. The first championship was won in 2005, with 6 consecutive championships won between 2014 and 2019. They have both been instrumental in seeing the Baycats change ownership in 2014 and again in 2021. It has been stated that the Baycats are what they are today mainly due to the dedicated efforts of both Dave Mills and Paul Marley. Both Marley and Mills remained in their volunteer positions with the Baycats until they recently stepped down. They rarely missed a game over the 20 years of the club’s existence. 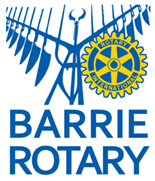