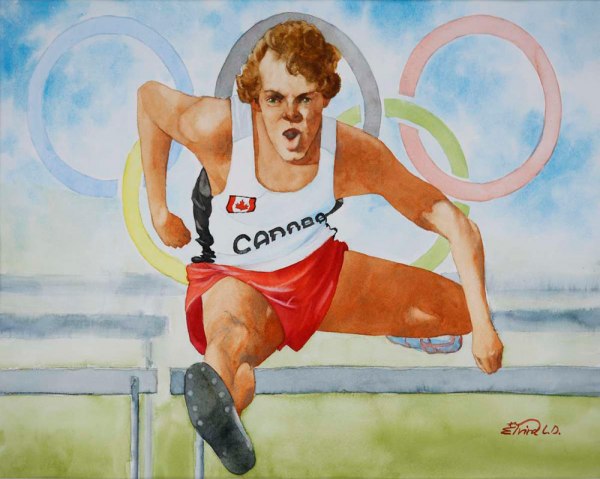 Mike Forgrave was born and raised in Barrie. While attending North Collegiate high school he was a 6 time Ontario Federation of Secondary Schools Athletics (OFSSA) Track Champion. He was named North’s MVP 2 years running. Forgrave attended the University of Waterloo. He held 2 Canadian Interscholastic records, 2 Canadian Junior Championship titles and a Canadian Juvenile 400m hurdle record holder. in 1980, he was named MVP of the University of Waterloo men’s Track and Field team

In 1980, Forgrave achieved his ultimate goal when he made the 1980 Canadian Olympic Team. Unfortunately that coincided with the Canadian government decision to boycott the 1980 Russian Olympic games. Although he was unable to compete in the Olympics he was able to live the Olympic dream as Head of the Foot & Ankle Clinic for the Athletes Village at the 2004 Athens Olympic Games. He has been Pedorthic consultant to Athletics Canada, Badminton Canada, Ski Canada, Bobsleigh Canada, the San Diego Chargers and the Hamilton Tiger Cats.
In 2009, Forgrave was awarded the Canadian Pedorthic Award of Excellence and in 2010 was awarded the U.S.A. Seymour Lefton Award for Lifetime Achievement in Pedorthics.