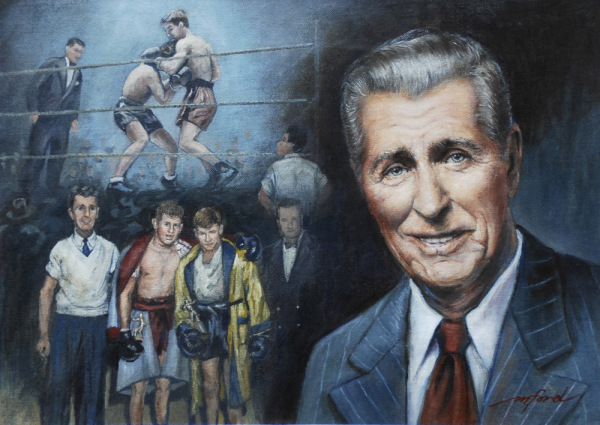 Although born in Crown Hill, Orv Dash was a Barrie resident most of his life. He is renowned in the Canadian Boxing community for his contributions as a trainer, referee and manager. Dash began to train local boxers In 1942, and in 1948 he founded the Barrie Boxing Club. He trained several well known fighters, including Don Wallace, 89-12 as an amateur, and 5-0 before an injury ended his professional career. He was the first civilian hired to train Canadian Armed Forces boxers, which he did at Camp Borden, and was recognized in 1950 by the Ontario Amateur Boxing Association for his contributions to the sport. He served as Vice-President of the OABA for three years, and in 1952 was named to the Selection Committee for the Canadian Olympic boxing team. Also a respected judge and an active promoter, Orv Dash was elected to the Canadian Boxing Hall of Fame in 1987.