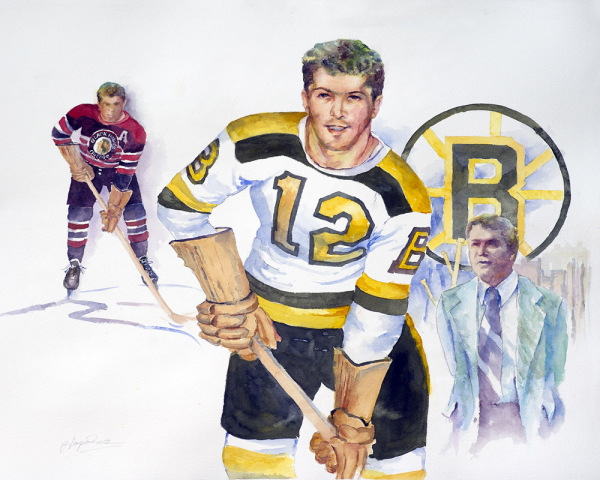 Bep, as he was known, played junior hockey with the Oshawa Generals of the OHA, playing in the Memorial Cup in 1942. In November of that year he became the youngest player, at the age of 16, to ever play in the NHL. The Boston Bruins were in need of replacements to fill the holes created by so many players leaving for military service. Guidolin did the job with surprising success. In his second season, he tallied 42 points in 47 games. He continued a respectable tempo for two more seasons with the Bruins before trades took him to Detroit and Chicago. In 1949-1950, Guidolin had his best NHL season recording 17 goals and 34 assist with the Hawks. In 9 NHL seasons and 517 games, he registered 107 goals and 171 assists.

Guidolin next coached the expansion Kansas City Scouts for a brief stint. He later moved on to coach the Edmonton Oilers of the World Hockey Association. He ended his NHL coaching career with the Colorado Rockies in 1979-1980. With his professional career over, Guidolin gave back to the city he loved. He coached Junior B and Senior A teams in Barrie. He also volunteered his time to many Barrie charities, as well as running numerous practices for the BMHA.