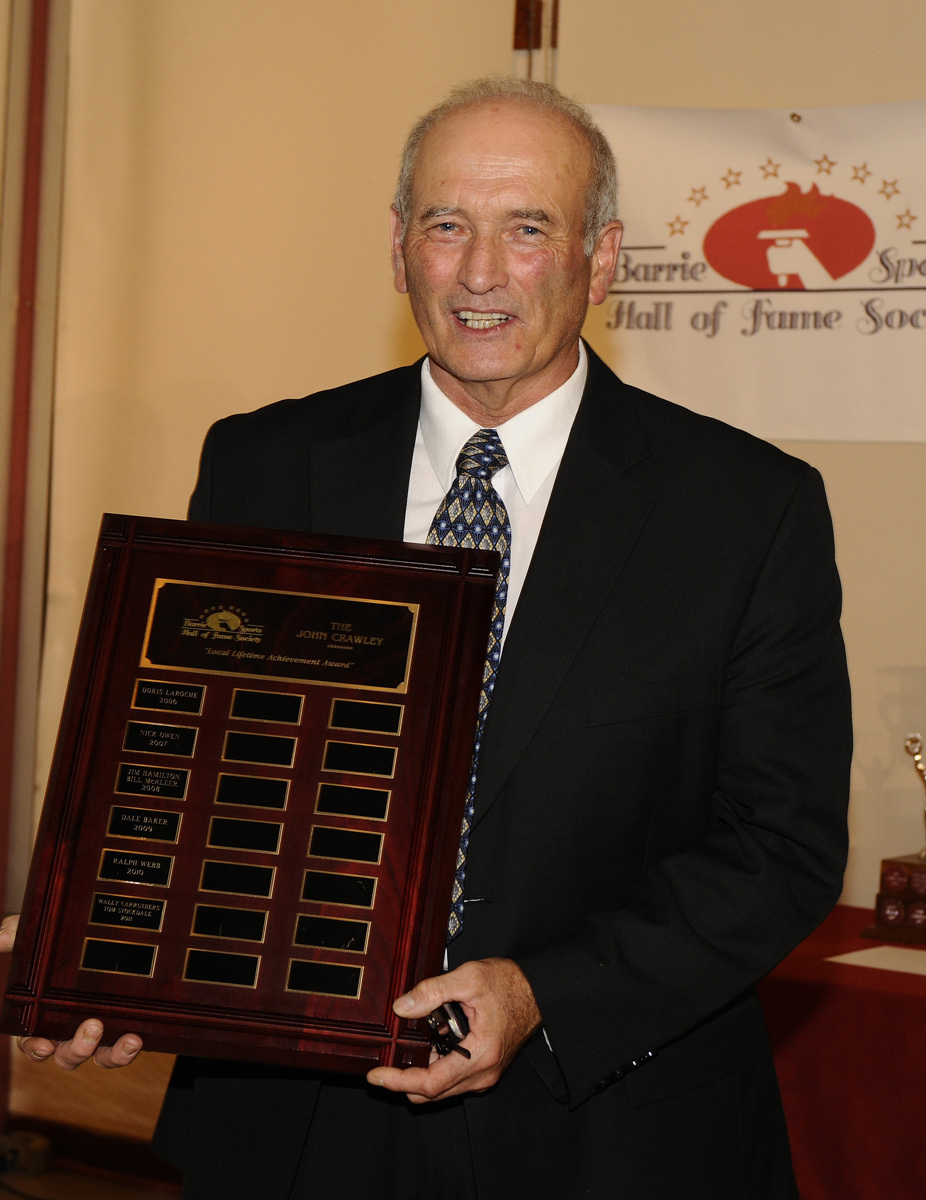 Tom Stockdale is a retired teacher from Portage View Elementary School in Barrie. He coached the Portage View Panthers’ Wrestling team from 1980 to 2006. His teams have enjoyed tremendous success. During his period as coach of the Panthers, the team won seven Simcoe County Wrestling Team Championships. This competition often had more competitors than the Provincial Championships. Tom also organized and co-coordinated the Simcoe County Wrestling Championship five times in his career. His teams have won over 50 medals at various Ontario Championships. In 1997, the girls won the Ontario Bantam Championship and the boys duplicated this feat in 1999. In 1998 and 2001 the girls placed third in Ontario. Over the years many of his students have gone on to compete at the High School and University level. Some have also gone on to compete at Provincial and National Championships. A former team member, Jonathan Goodman, has won gold medals in both Ontario and the Eastern Canadian championships. Tom coached a variety of sports and was loved by all he taught. Some still came back years later to assist in Stockdale’s program. In 2002, Tom received an award from his fellow coaches in Simcoe County to recognize his “Years of Coaching, Organizing and Promoting the Sport of Amateur Wrestling”.

Tom’s commitment to coaching and to his students is not limited to wrestling. On occasion he coached the Panther’s Cross Country Running team. Tom also organized and co-coordinated Barrie area cross country competitions from 1993 to 2001. Each spring, for 23 years, Tom helped organize and co-coordinate a Panther Track and Field Meet. At the same time he would coach the Portage View’s Track and Field team.

In 2006, Stockdale retired from Portage View Elementary School. However he did not stop coaching. In fact it only increased his passion for sports. In that year he took on a role of Head Coach for Junior Wrestlers with the Kempenfelt Bay Wrestling Club, which he continues to do today. Here he has helped shape and mold some of the best wrestlers in the country. Many of which have gone on to have success at the university level. In addition to this, Stockdale also works as an assistant coach with the Barrie Central Collegiate Wrestling team. The team is regarded as one of the top teams in the Province. The team has won back to back G.B.S.S.A. Championships. Throughout the week, Stockdale can be found at local high school wrestling tournaments where he volunteers his time as a Head Draw Master and official.

He is a truly remarkable person, and a great ambassador to the city. Each year he will go to the City of Barrie and bring back “goody bags” full of pins and other items. He sends these to any athlete competing at a National Championships or International Events so that they “will remember where they come from”. Tom Stockdale has given of his time, for over 31 years, to Barrie athletes