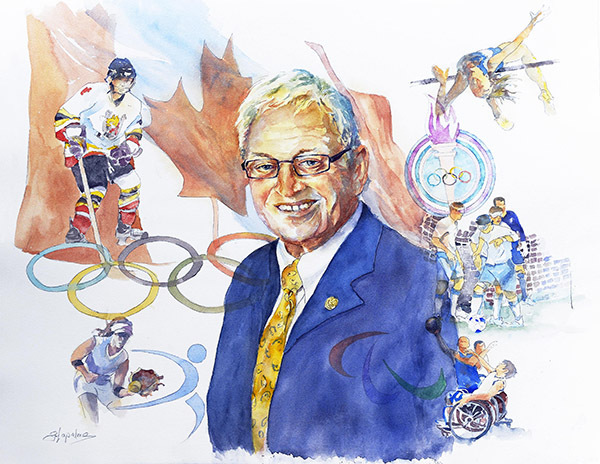 Doug Freer moved to Barrie in 1973 to join the RVH staff as a physiotherapist. Right from the start Doug became involved in the local sports scene getting hired by the Barrie Colts Jr. “B” team as their physiotherapist to assist the head trainer. He stayed with the Jr. “B” Colts until 1980.

Doug also continued his involvement with the Canadian Paralympics Team as Team Therapist at both the 2000 Games held in Sydney, Australia and the 2004 Games held in Athens, Greece.

His most current involvement with Team Canada came at the 2010 Winter Olympic Games held in Vancouver where he was part of the Core Medical Team. Along with his many appointments Freer was also a lecturer for the Sports Injuries Prevention and Care Program for the Ministry of Tourism and Sport 1989 to 2000.