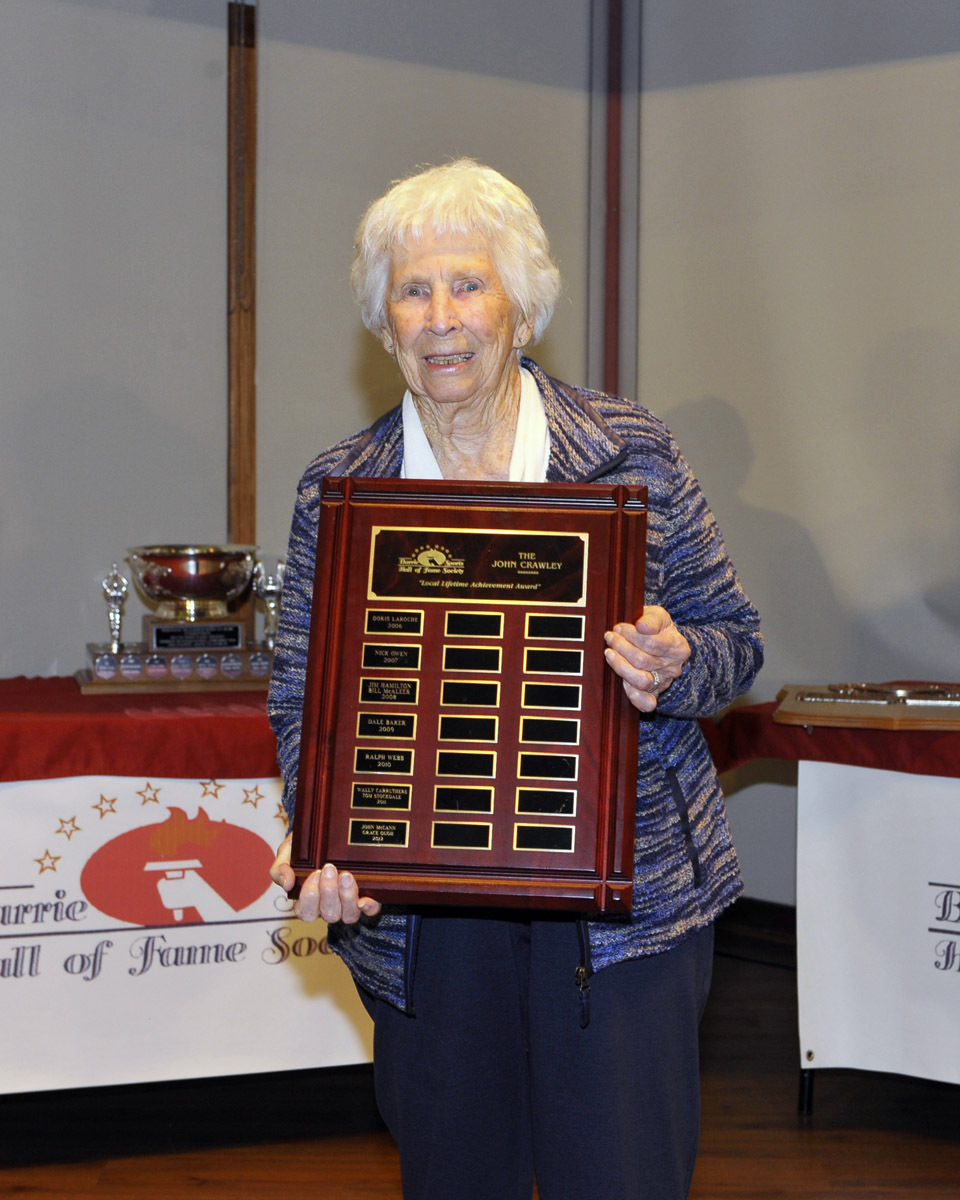 Born in Richmond Hill, Ontario, Grace Ough has always enjoyed sports. In high school she played tennis and badminton, skied and skated. Her love of golf began in 1945 when she joined the Aurora Golf Club.

After moving to Barrie with her husband, Grace joined the Barrie Country Club in 1950. She immediately began taking an active role in the Ladies’ Golf Section as a member of the Handicap Committee.

Her presence on the course was noted from the start. In 1950, she won the Bronze Division spoon in Canadian Ladies Golf Union matches and took the prize for Handicap Reduction as well as the Captains Prize. The following year, golfing with Bill Dyment, she won the Rogers Cup.

Through the early 1950’s Ough was never far from the podium. Her breakthrough year came in 1956. On August 27th, she defeated Mrs. J. L. Corby at the 18th hole for her first Barrie Country Club Championship. It was the start of a dominating career, claiming the A. A. Smith Memorial Trophy every year through 1967 with the exception of 1962.

Ough not only bested the best Barrie had to offer, she won the first invitational golf tournament held at the Barrie Country Club in 1960, topping a field of 57 competitors, 44 of which came from out of town. She repeated the feat in 1963 topping 76 players from 16 different clubs. By 1967, Grace Ough was one of the leading women golfers in the county. She claimed the Simcoe County Individual Award in 1956, 1962, 1965, and 1966 with a runner up placing in 1967.

Well known for her putting being a strong point of her game, Grace received the Silver Spoon for the lowest net scores at the Barrie Country Club in 1976.

In addition to her prowess on the golf course, Ough was an accomplished curler, skipping championship teams at the Barrie Curling Club, Barrie Country Club and at the District levels.

At a time when it was often challenging for women to take part in, let alone excel at, organized sports, Grace Ough juggled home and family life to become one of Barrie’s pre-eminent women golfers and curlers.