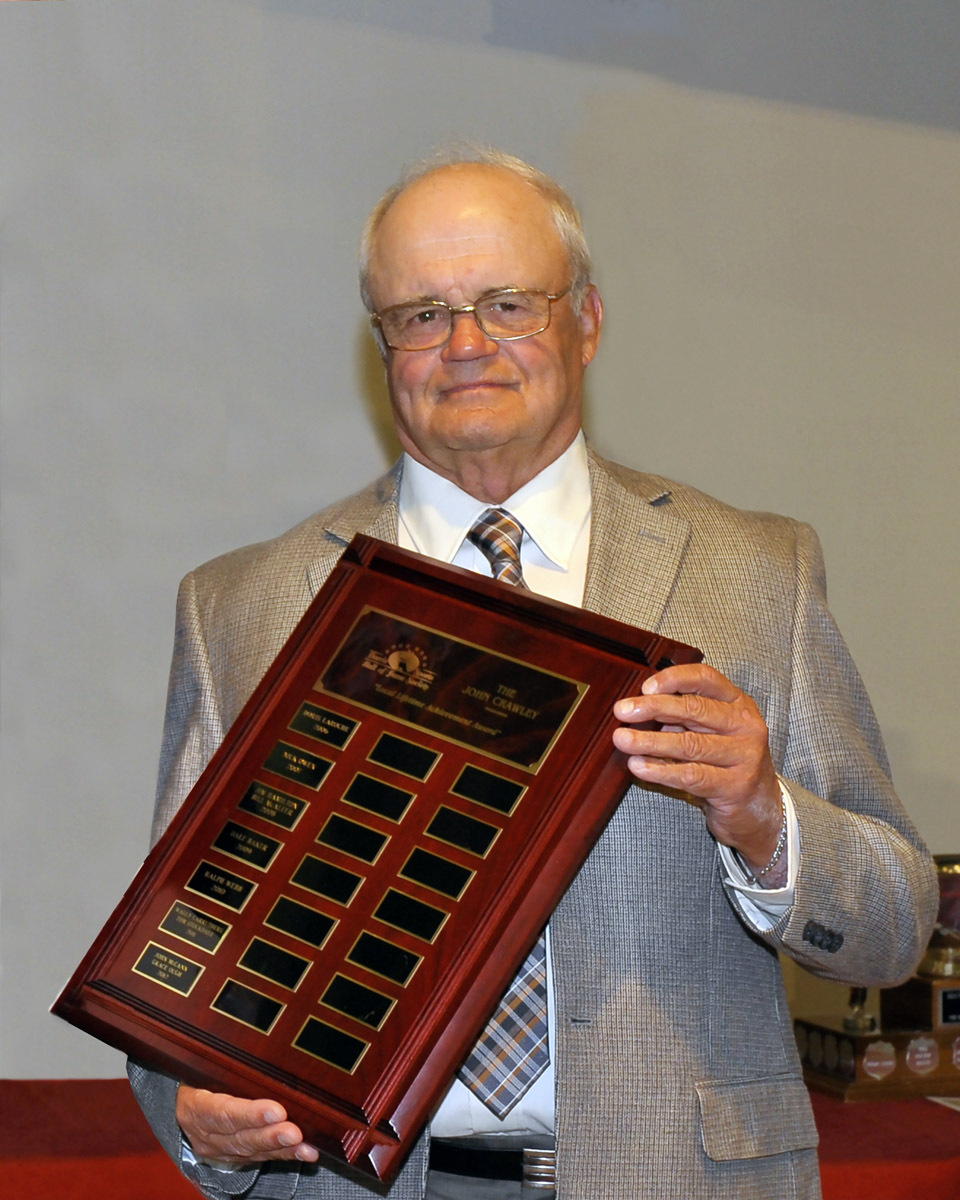 John has lived in Barrie for over 50 years and has been a valued contributor to the local sports and community service clubs.

McCann played his minor hockey in Barrie and was an all-star softball player at both the Intermediate League level and the Senior League level.

It was John’s love of the game that led him to be instrumental in starting youth fastball teams in Barrie, with many players going on to successful playing careers at the Intermediate and Senior levels in Barrie and across the province. He both coached and played for winning OASDA teams.

His involvement with hockey didn’t stop with coaching. He was on the executive of the BMHA for 10 years. John was also President of the Jr. B. Barrie Colts for seven years. This organization was considered to be one of the premiere organizations in the province at the time, winning four championships.

John McCann was Chairman of the Barrie Labour Day Fastball Tournament for 5 years. This event brought world class fastball players to the city. Large crowds would gather to watch the exciting fastball at this event. John was also Co-Chair of the Fundraising and Building Committee for the Allandale Recreation Centre. He spent countless hours raising money to help this facility become a reality.

Along with his countless number of volunteer hours to the sporting community in Barrie, John was also involved with the Civitan Club of Barrie and helped with the Barrie Santa Claus Parade over the years.