The Coach / Team Official of the Year 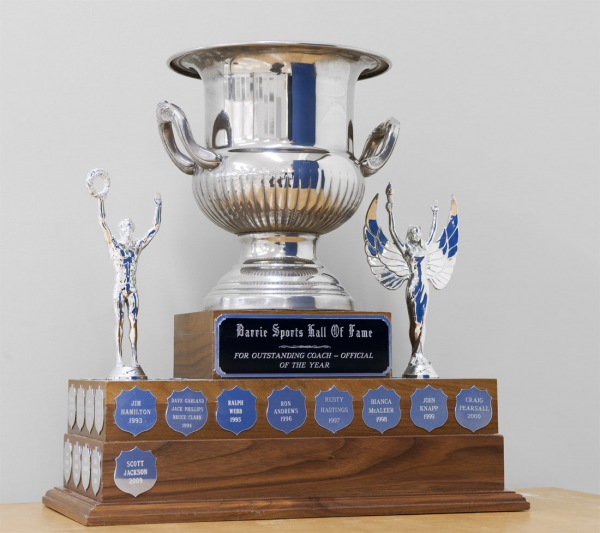 The coach/ team official of the year is selected by a secret ballot of the Barrie Sports Hall of Fame Society’s Lifetime Voting Members. A list of qualified candidates are presented by the Selection Committee from nominations received from the public. Any Barrie coach or team official deemed to have attained an outstanding level of achievement, or to have made an outstanding contribution in any field of sport, or who has devoted his/her time to the encouragement of fair play and sportsmanship, is eligible for the award subject to the following conditions. The coach/team official must live or contribute to their sport within the city of Barrie. The coach or team official’s contribution must be essentially voluntary in nature, as determined by the Society. This award is presented annually for accomplishments from the previous year. It however can also recognize the body of the individual’s contributions over a period of time The recipient is presented the Barrie Sports Hall of Fame Society’s Memorial Trophy to which a plate is added indicating the year and the recipient’s name. A certificate of Recognition is also presented as a memento from the Barrie Sports Hall of Fame Society.