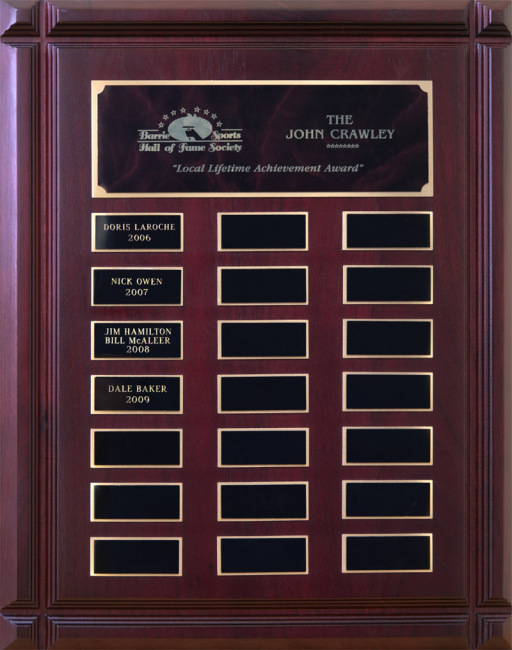 Nominees for this award will have attained considerable prominence in one or more Barrie, Simcoe County, other district community level and/or Provincial sports. The nominee must have been a resident of Barrie or performed and/or contributed to their sport within the city of Barrie over an extended period of time. The recipients of this Award are selected by the criteria of the Hall of Fame Constitution and the vote of the membership. Each year up to a maximum of 3 Local Lifetime Achievement recipients can be selected from the nominations received and on file at the Hall. This award is named in honor of a long time local broadcaster who had a spirit and passion for sport and his community. The recipients are presented a Certificate of Recognition as a memento from the Barrie Sports Hall of Fame Society. His/her name is engraved on a plaque. Their photo and a short biography is placed in a display frame at the Allandale Recreation Centre.