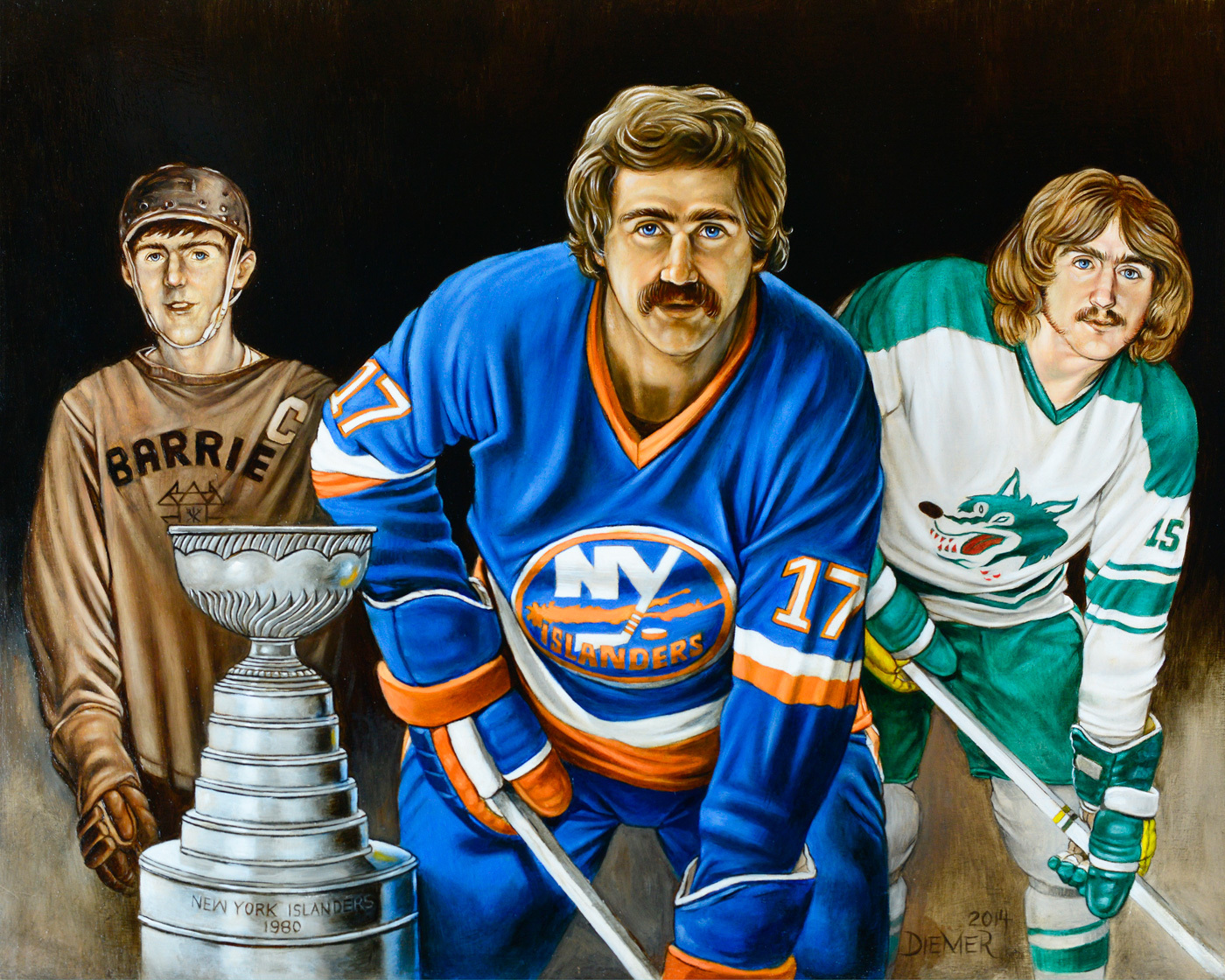 Alex McKendry was born in Midland, November 21, 1956. He moved to Barrie in 1962 and played for the Barrie Minor Hockey Association for 6 years. In 1973 he joined the Sudbury Wolves of the Ontario Major Junior Hockey League (OMJHL). McKendry developed into a top professional prospect.

In his 1975-1976 season he compiled 43 goals and 102 points in regular season and 12 points in 16 playoff games. In 1976 he was drafted by both the National Hockey League and the World Hockey Association. The New York Islanders (NHL) selected him 14th overall. The Indianapolis Racers (WHA) picked him 15th overall. McKendry chose the Islanders. He had an excellent training camp but in the end was sent to the Islanders Central Hockey League (CHL) affiliate in Fort Worth Texas. The next three seasons were spent with the Fort Worth Texans except for brief call ups to the Islanders. In 1978 McKendry helped the Fort Worth Texans win the Adams Cup as CHL league champions

In 1979–80 McKendry was back in the CHL, but this time with the Indianapolis Checkers. He scored 40 goals, 37 assists and was selected for the league’s first all-star team. His performance earned him a recall to the Islanders as a backup for their 1980 Stanley Cup drive. His opportunity to play came as a result of an injury to the Islanders top player, Mike Bossy. McKendry’s two goal performance on April 12, 1980, against the Los Angeles Kings, helped the Islanders advance to the next round. In his playoff games, he had two assists and two goals, to help the Islanders win the 1980 NHL championship. This unique opportunity to participate on a Stanley Cup championship team qualified McKendry for automatic induction into the Barrie Sports Hall of Fame. McKendry was traded in October of 1980 to the Calgary Flames. He played 36 games with the Flames but was later sent to their CHL affiliate, the Birmingham Bulls. When the Bulls folded in February of 1981 he was assigned once more to the Fort Worth Texans. He played two additional seasons in the CHL with the Oklahoma City Stars and the Colorado Flames. He retired as a professional hockey player in 1983.