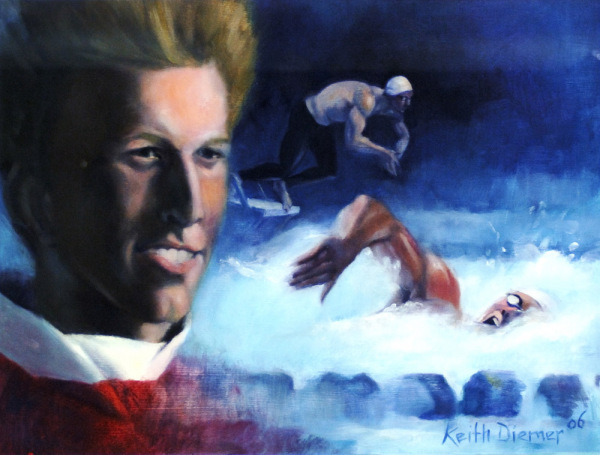 Colin Russell grew up in Barrie, the son of Erin and Cecil Russell where he attended Innisdale Secondary School. He swam for Coach Dean Henze as a member of the Barrie Trojan Swim Club and subsequently won three bronze medals at the 2003 Pan American Games. Colin was also a member of the Canadian National Team at the Australian Youth Olympic Festival where he won four silver and two bronze medals (includes three relays) at the Festival. He also earned silver and bronze medals at the Canadian Nationals and was the high- point winner at the Junior Eastern Canadian Championships.

In his freshman year at Indiana University (2003-2004), he earned an honourable mention All-America honors in two individual events as part of a relay. He also earned second team All-Big Ten honours. In his sophomore year at Indiana University, he earned four All-American Certificates as a member of the relay team and placed second in the 200-metre freestyle at the Big Tens as well as being in the championship heat five other times.

His automatic induction into the Barrie Sports Hall of Fame is the result of his Silver at his international debut at the 2005 World Championships in Montreal in the 4X200m Freestyle Relay. He has since added to this with a Bronze medal in the 4X100 Freestyle Relay at the 2006 Commonwealth Games in Melbourne, Australia.

Russell more recently attended the University of Toronto. He trained under the Varsity Blues head coach Byron McDonald. In 2008 he won the 200m freestyle event at the Olympic Trials to qualify for the 2008 Olympic Games. In Beijing, he competed in 200m Freestyle, 4x100m Freestyle Relay (finishing sixth) and 4x200m Freestyle Relay.