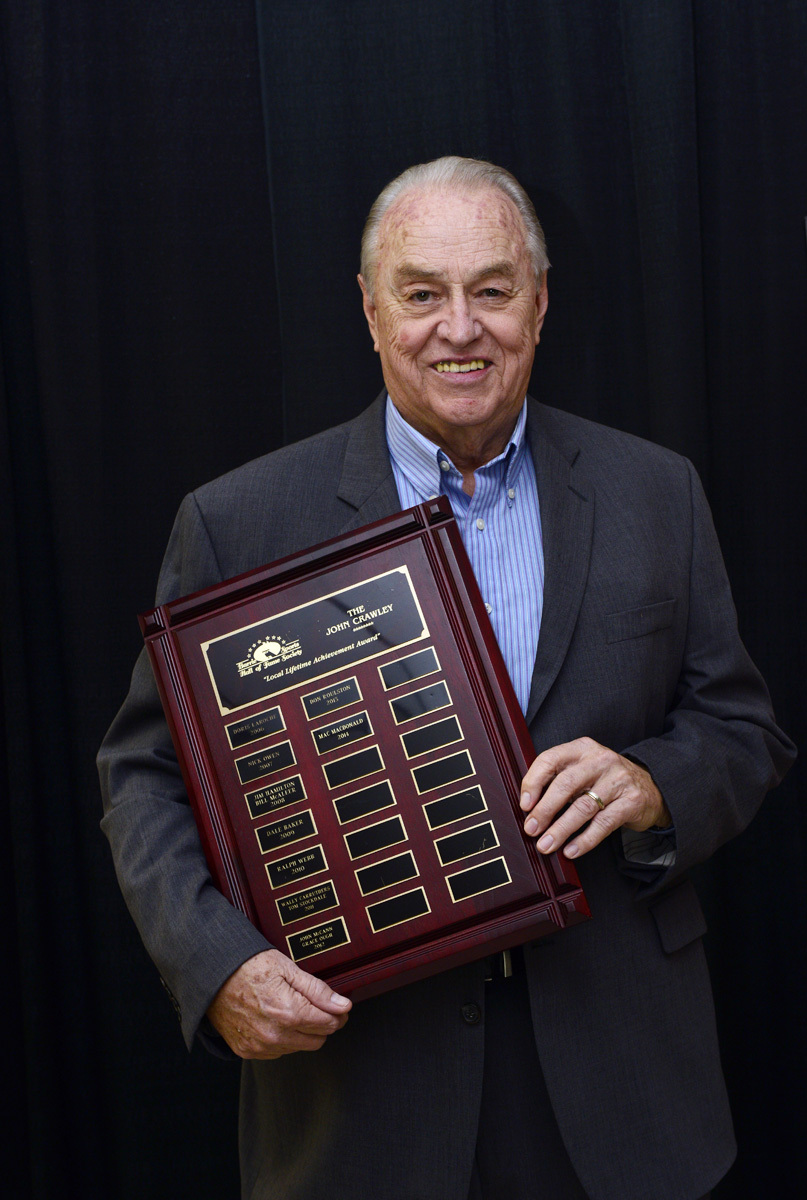 Malcolm (Mac) MacDonald was born near Sault Ste. Marie in 1935. In 1969 he moved to Barrie to begin a 40 year teaching career at Georgian College.

In 1970, he began a 20 year association with the Barrie Minor Hockey Association (BMHA). He was Barrie’s York-Simcoe League representative for several years and served as an OMHA convener of the York-Simcoe League’s Novice/Atom divisions. In 1982, he was acclaimed to a two year term as BMHA President. During this period the BMHA was actively and financially involved with the “RecreAction” campaign to build the new Allandale Recreational Centre. MacDonald served as Chair of a Users Advisor Committee to the arena’s design team. In 1983, he led a BMHA presentation to the OMHA for reorganization of their AAA leagues. Many of the suggestions were instituted by the OMHA a few years later. MacDonald continued as an active Past President from 1984 to 1987. MacDonald also served as manager or assistant manager of 5 BMHA teams.

He was a member of the 1985 ad-hoc committee for the amalgamation of the BMHA, Barrie Legion and Knights of Columbus leagues. In 1986-87 he served as Vice President in charge of Ice Allotment for the newly combined BMHA.

He was a two time recipient of the Barrie Minor Hockey Award for outstanding commitment to the BMHA. In 1978, he received the Wes Allsopp Award for exceptional contribution to minor hockey in Barrie. In the early years of the Barrie Minor Baseball Association, MacDonald coached 4 baseball teams, taking two of the teams to the league finals.