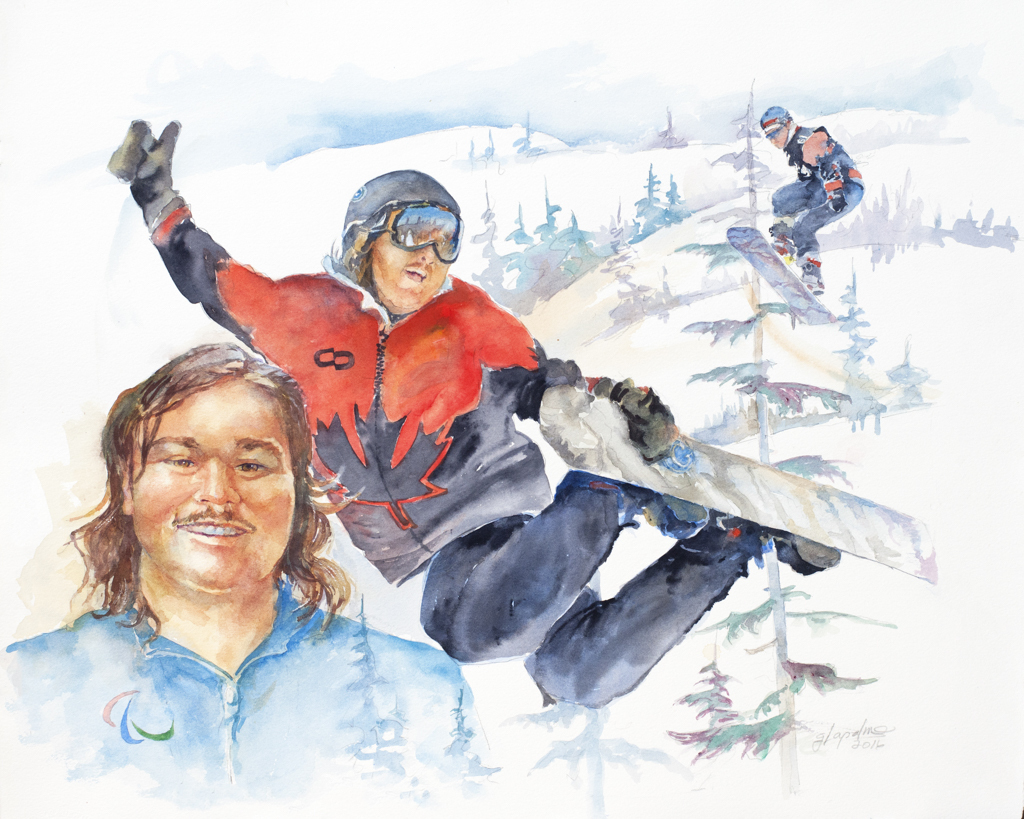 Alex “Bubz” Massie was born and raised in Barrie. As a child growing up, Alex spent 9 years playing hockey at the “A” and “AA” levels, winning a couple of York Simcoe championships along the way. Bubz, as he is known to many, also liked to wakesurf and mountain bike during the summer months, as well as snowboard during the winter months.

When Alex reached high school, he became involved in the sport of football, joining the Barrie North Junior Vikings football team. As he prepared to return to the gridiron in 2011with the North Sr. Vikings, Massie suffered a severe wakesurfing accident. This resulted in a below the knee amputation of his left leg. Instead of returning to football, Massie was bedridden. Not one to give up, Alex worked hard on his recovery. 11 months later he was wakesurfing again, this time on his new prosthetic leg. In 2013, Alex returned to his football roots when he joined the Eastview Collegiate Sr. Wildcats football club. He became a starter on the offensive line and quickly became a team leader.

During the winter months, Massie returned to snowboarding and began to show his real talent for this sport. In 2014 Massie accomplished a lot of firsts: he had his first race at Horseshoe Valley; won his first gold at the Alberta provincials; and finished in first place at the Snowboard Canadian Nationals. As it turns out, this was just the beginning for Alex. In 2015, he finished 4th at an IPC World Cup Banked Slalom at Big White in B.C. He followed this up with a bronze medal at the IPC Para-Snowboard World Championship in La Molina, Spain. This was followed by a bronze medal in Snowboard X Adaptive at the Aspen X Games in Colorado. In 2016, Bubz captured 2 more bronze medals in IPC Snowboard World Cup events in Trentino Italy and again at Big White. To top this, Massie was also a silver medalist in the Snowboard X Adaptive in the Aspen X Games the same year.

When not on the slopes competing during the winter months, Alex can be found Mountain Biking and Wakesurfing during the summer months. Massie is also training toward the 2018 Paralympic Winter Games in PyeongChang, South Korea where he hopes to represent Canada on this world stage.