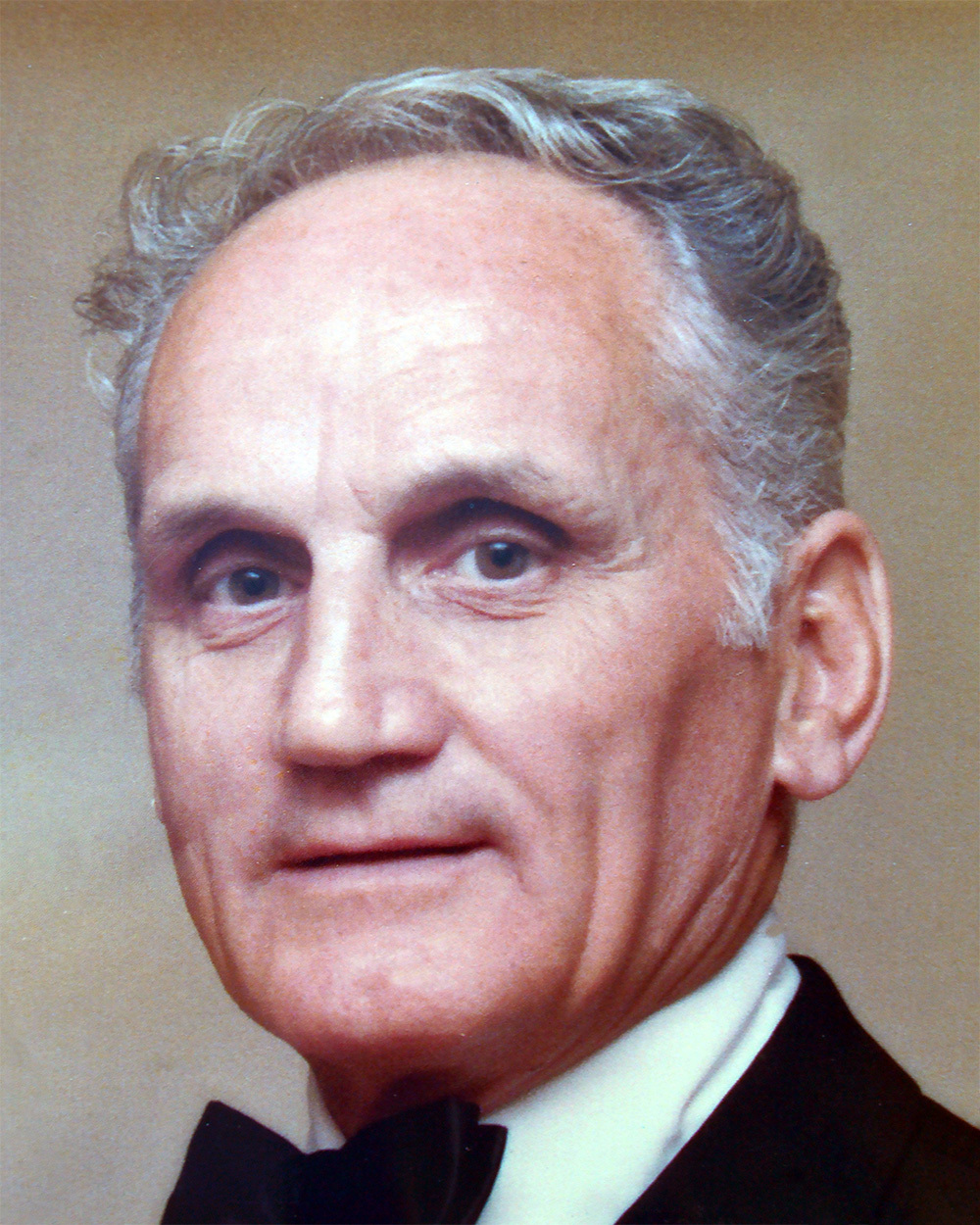 Donald Preston Bowen was born and raised in Barrie. He came up through the Church Hockey Leagues and eventually was recruited and played for the Barrie Colts in the Jr. ‘B’ Hockey League from 1936 – 1939. After many years (and WWII), he volunteered for almost 20 years as a Coach, Manager, and President of Barrie hockey teams.

Don was also recruited into the American Hockey League’s Amateur Division by the Syracuse Stars (Syracuse N.Y.). He also played in the Michigan Hockey League for 1 year.

Bowen played, coached, and/or managed many teams in Barrie for more than 25 years. He believed that “sports brought out the best in young people.” He was recognized as a member of the prestigious Barrie Colt Alumni 1995.

Don was considered a smart and skilled hockey player. With the onset of WWII, he served for 3 years overseas. After the war, he played Senior level hockey in Barrie. He wanted to pass on his love and skill of the game to young players and coached many players in Barrie who went on to careers at greater heights (Corby Adams and Dan Maloney to name a couple).

Donald Preston Bowen passed away in 2003.