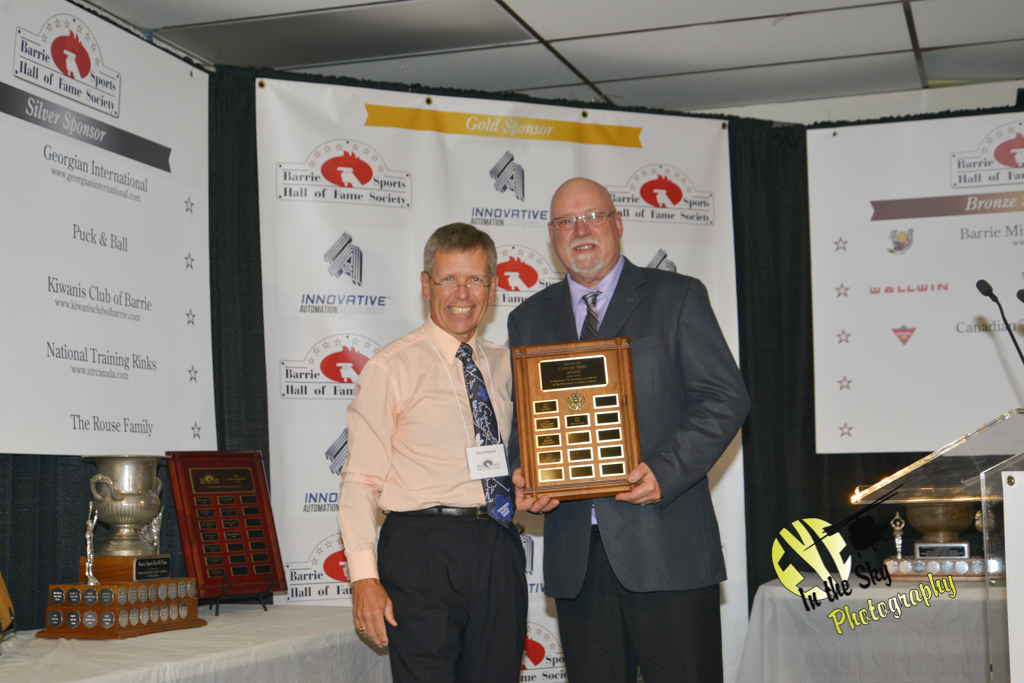 Don Buchanan was born and raised in Barrie. He has resided in Barrie all 62 years of his life. He has played Slo-Pitch for 32 years, is an avid golfer and a passionate Notre Dame Football fan.

Don became involved with Adult Slo-Pitch upon its’ inception in 1975. During these 42 years, he has been a player, coach, Tournament Director, Vice President and for the last 6 years has served as President of the league. For the last 21 years, he has organized tournaments in Barrie to help offset costs associated with the operation of the Barrie men’s Slo-Pitch League.

In 1998, Don was approached by Slo-Pitch Ontario (the official governing body of Slo-Pitch in Ontario as recognized by Softball Canada) to be a Zone Director. As a Zone director, Doc would be responsible for the ranking of players and teams for participation in Regional and provincial Championships as well as for the recruitment and registration of leagues within this zone. He accepted this appointment and still holds this position 19 years later.

From 2000 to 2004, Don `Doc` Buchanan was the Tournament Director for the Northern Ontario Championships. This tournament brought in over 100 teams annually to the Barrie Sports Complex for 3 days of competition to determine the various bracket champions.

In 2002, Don was elected to the board of Directors of Slo-Pitch Ontario at its Annual General Meeting. He has remained in this position for the last 15 years.

Don’s passion for the game of Slo-Pitch is unwavering. His involvement with this sport has positively affected the lives of thousands of athletes. He hopes to be able to continue to freely offer his time and guidance to this great sport and its athletes for many years to come.