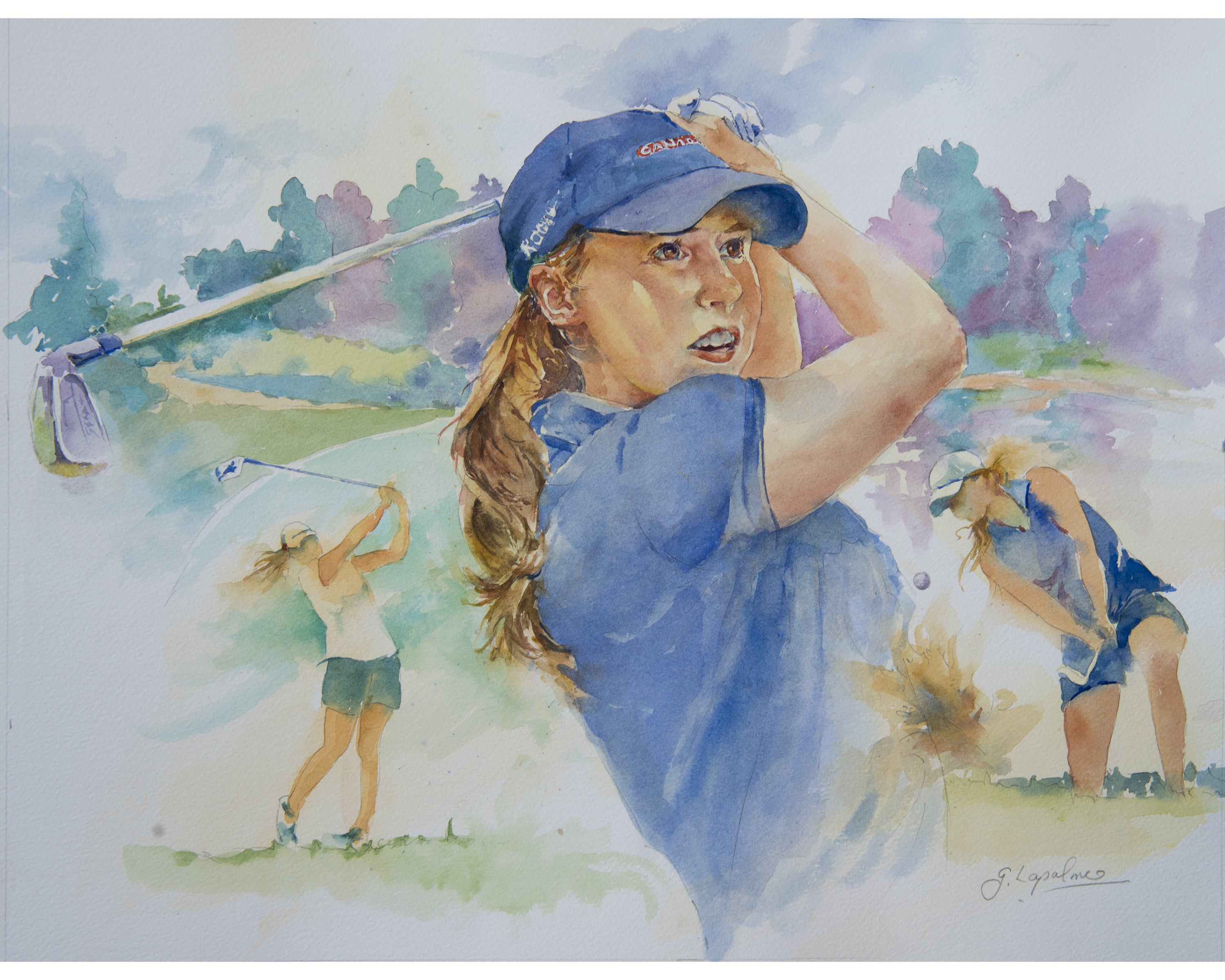 Stephanie had a very successful Junior and Amateur career in the game of golf. As a member of Team Canada, she played numerous events throughout the world, including stops in Canada, USA, Australia, and even played the historically famous courses in Scotland and England.

In 2005, Sherlock was named the Canadian Junior Player of the Year. In 2007, she won the Royale Cup Canadian Women’s amateur championship. In 2008, Stephanie placed 2nd in the Royale Cup, won a CN Canadian Women’s Tour event in Winnipeg, won the Sun Belt Conference Championship, and helped Team Canada to a 4th place finish at the World Amateur Team Championship in Australia. While attending the University of Denver for 4 years, Sherlock honed her skills with the NCAA Division 1 Pioneers team south of the border. She recorded 7 victories while wearing the burgundy and white of the University of Denver Pioneers.

Stephanie qualified for the LPGA by finishing 14th at Q-School, taking 1 of the 20 LPGA cards that were available. She spent 3 years competing full-time on the LPGA Tour. In 2011 her best result was a 16th place finish at the LPGA Classic event. She also had 2 top 25 place finishes, at the Kia Classic and the Dinah Shore Classic, in 2012. After playing on the top women’s professional tour, and with the best women players in the world, Stephanie called it quits, finding the expense of playing just too overwhelming. She returned to Barrie as the Director of Golf at the Simoro Golf Course. Here, she runs the junior golf program, as well as numerous clinics. She enjoys teaching and helping the youth of Simcoe County learn and enjopy the game of golf. The Canadian Golf Association has also hired Stephanie to attend schools in Simcoe County to teach and promote the game of golf to the students. This occurs during the winter months.

Stephanie Sherlock is a true ambassador of the game of golf, the City of Barrie and the Country of Canada.