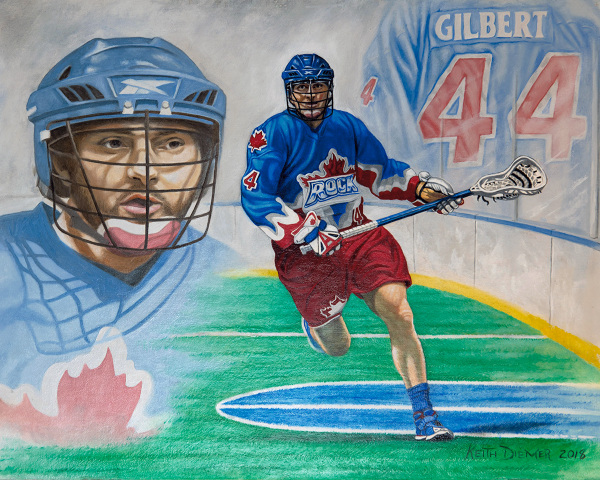 Jeff Gilbert was born and raised in Barrie. He grew up playing in the Barrie Minor Hockey Association and the Barrie Minor Lacrosse Association. In 2000, Jeff made the inaugural team of the Barrie Tornadoes Jr. B lacrosse team as a 16 year old and went on to play 4 years with this team. In 2004 he was a member of the Canadian Founder Cup Championship team with the Tornados. Between 2000 and 2004, Jeff also played in the Ontario Provincial Jr. Hockey league for the Durham Huskies, Couchiching Terriers, Parry Sound Shamrocks and for the last 2 years the Aurora Tigers, culminating with winning the RBC National Cup in 2003-2004.

In 2005, Jeff attended Robert Morris University in Pittsburg PA on a hockey scholarship where he played as a starter for 4 years. He also played varsity field lacrosse during his first year there. After graduating in 2008, Jeff attended training camp in 2009 with the Toronto Rock of the National Lacrosse League and made the team. He went on to play 6 seasons with Toronto and 3 seasons with the Minnesota Swarm, also of the NLL. In 2011 Jeff was part of the Champions Cup winning team from Toronto; was a Champions Cup finalist on another 2 occasions and was named to the second team all defence team in 2013. In the off season, Jeff played in the Major Box Lacrosse League in Ontario and won the National Mann Cup title while a member of the Peterborough Lakers in 2010.