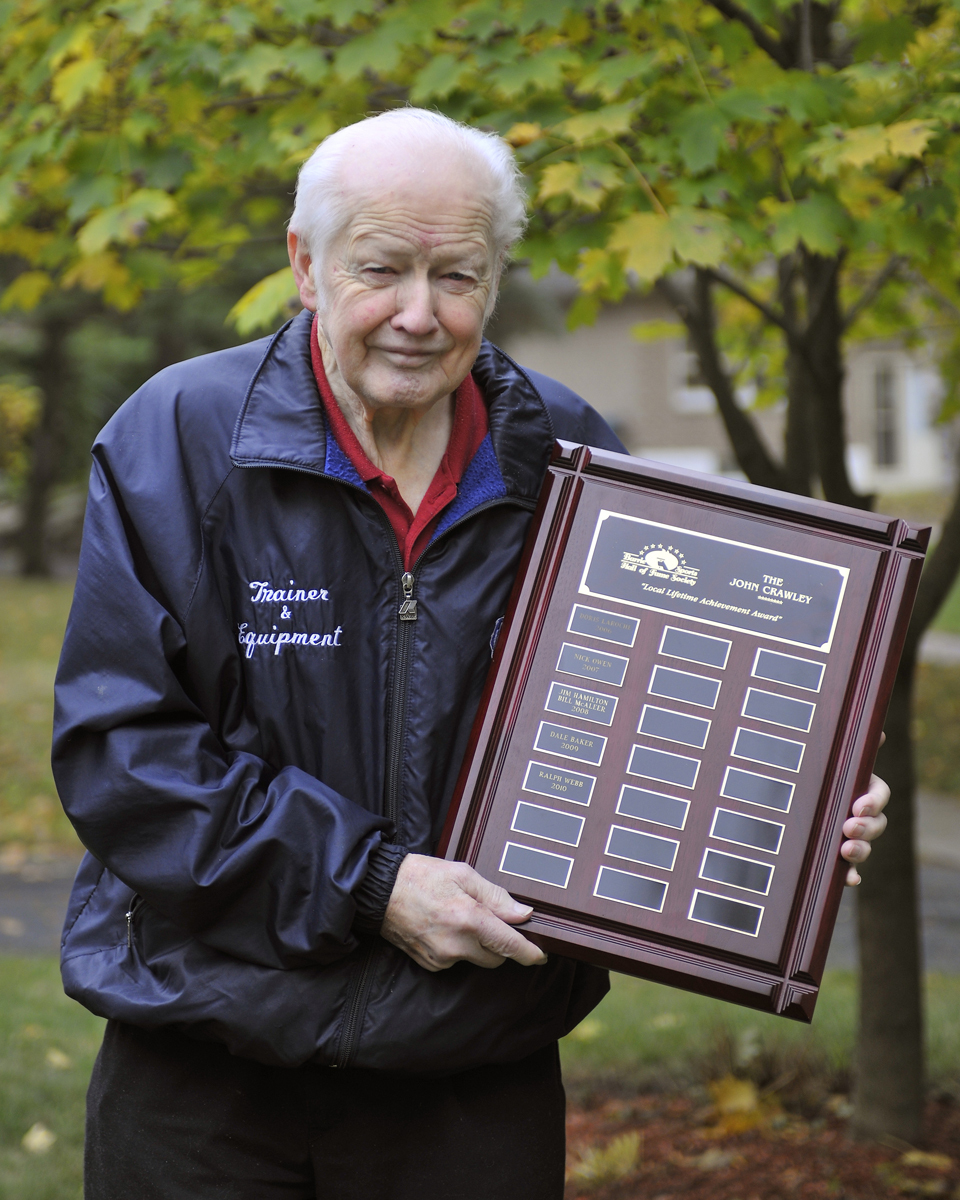 To many hundreds of hockey and softball players in Barrie, Ralph Webb’s face is as familiar as that of any coach or manager they may have had. Webb has served as a trainer, assistant trainer and equipment manager for hockey and softball/slo-pitch teams for more than 30 years in Barrie. Although at times he’s been given a small honorarium from teams that he has helped out, the vast majority of his work has been as a volunteer:

The Barrie native started out with the Barrie Flyers in 1970. He was with the team when they won the 1974 Allan Cup. Soon after, he took a volunteer spot with the Barrie Colts Junior B hockey team and served as one of the team’s most dedicated volunteers. He watched them graduate from junior B to provincial Junior A to the present day Ontario Hockey League team. One of his fondest memories of the past quarter century was the Colts’ Sutherland Cup Championship in 1992/93.

When the Colts moved into the Major Junior ranks, Webb became an assistant trainer with the club. During the summer months, in the 1970s and ’80s, Webb was trainer with softball and slo-pitch teams. He was also with the Tornado Junior B Lacrosse team that won the 2003 Founders Cup, He was, however, best known for his years on the bench with the Colts. In fact, it’s tough for many old hockey fans to imagine a Colts bench without Webb’s face at the end. He became a regular at hockey games in the Barrie Arena during the hey¬day of Senior and Junior hockey in the 1950s and ’60s. He and wife Fran have seen every hockey notable that has played in this city over the past 50 years. Webb’s dream was to be a part of a Major Junior franchise. His involvement with the Colts OHL team made that dream come true.

In 1995 Webb was named coach/official of the year, by the Barrie Sports Hall of Fame, for his volun¬teer work with the Barrie Flyers and the Barrie Colts hockey teams. Webb has a large collection of hockey sticks that are signed by the players he has served. Many of them will be pleased to see him receive this award.